Shahid Kapoor celebrating his 39th birthday today. The actor is currently busy with the shoot of his upcoming film Jersey was joined by wife Mira Rajput Kapoor and dad Pankaj Kapoor in Chandigarh. The mid-night celebrations started off by cutting the cake and Mira stood by his side. Even Pankaj Kapoor is standing right beside his son.

Shahid Kapoor’s last film ‘Kabir Singh‘ did really well at the box-office. The film received mix reviews still it became one of his highest grosser so far. The actor is currently busy in his upcoming film ‘Jersey‘. In a recent interview with a leading daily, the star opened up about his upcoming film and the success of his film Kabir Singh. 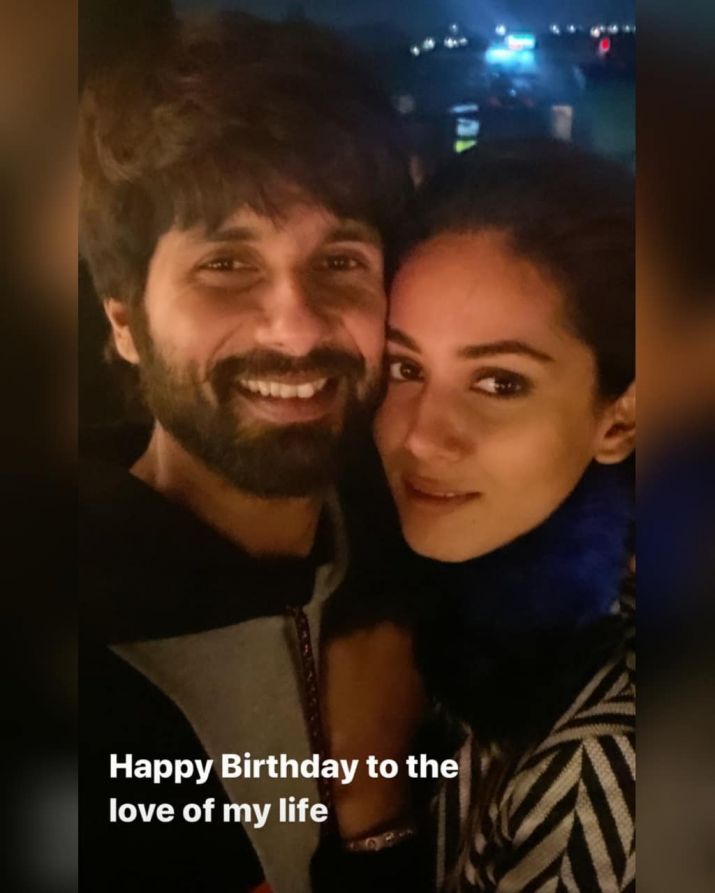 He said that whatever the audience gave ‘Kabir Singh’ is more than anyone expected. He is very thankful for that, he does not want to assume that it will be the same with everything and every time, all he wants is to give them a good film to his fans.

Talking about his next flick, the actor said that,  ‘Jersey’, is the movie made him emotional. He found the message of the film very inspiring and added how the movie is a sensitive story about the victory of human spirits.

He further said that he wants to take it forward to a larger audience as the star enjoys giving people something fresh. He opened up that he does not believe in formulas and how today people want different things.  He is sure that his film will bring a unique energy to the audience. He was last seen in ‘Kabir Singh’ with Kiara Advani. In this film, he is featured with  Mrunal Thakur in a lead role.’ Jersey’ is yet another Telugu remake.

Read More: Kareena Reveals The Secret Behind The Film ‘Jab We Met’ & ‘Tashan’

It is a remake of Gowtam Tinnanuri’s Telugu blockbuster Jersey, the film features Shahid essaying the role of a cricketer who tries to revive his career in his mid-30s. Shahid underwent special cricket training to look perfect in his role as a batsman.