With the current hatred towards Bollywood actors, fans are leaving no stone unturned to molest and harass the stars. One of the most recent incident of such kind of harassment was shared by the actress Samyuktha Hegde. The actress and her friends were soaking up the sun at a public park near the Agara Lake at the HSR layout.

Samyuktha narrated the incident saying, “I was practising the hoola hoops and my other friends were doing their workout when an elderly lady walked upto us and began abusing us in the choicest of language. ‘ “Are you cabaret dancers? What sort of clothes are you wearing? [email protected]&&&@s! If you wear such clothes and something happens to you the next time, don’t come crying to anyone,” ‘ she told us and continued hurling abuses. Soon after, about ten boys joined her.”

This did not stop here. The boys also threatened Samyuktha that they will get her name dragged in the ongoing drug angle of Sushant Singh Rajput. She further added, “Then they surrounded us and locked us in following which the lady charged towards my friend and assaulted her. I taped all this on camera. We were then for colt taken to the local station and she continued ranting against us. One of the cops thankfully said we had done nothing wrong and sent us off.” 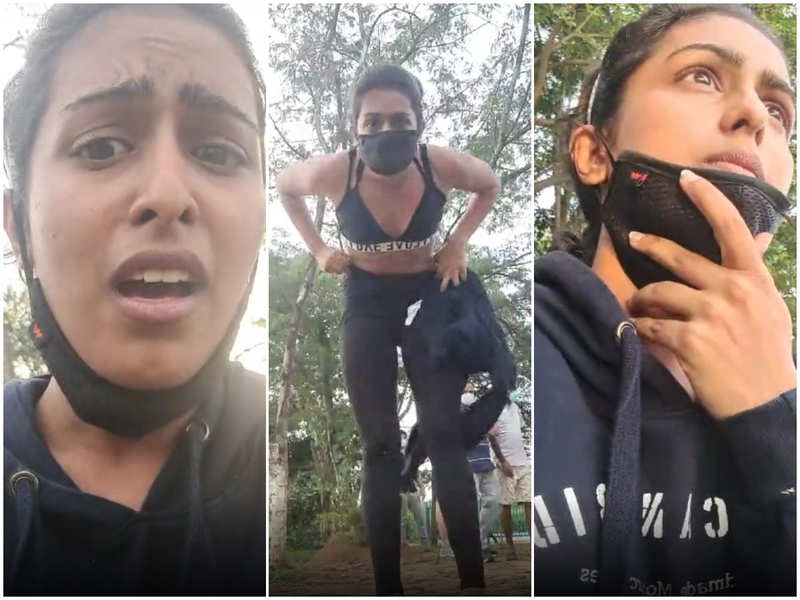 This disgraceful incident has left her shocked and in deep disguise. Samyuktha further urged for moral policing. She stated, “This was on broad daylight and in a public park. And a woman who insulted and hurled abuse at us for simply wearing workout clothes and exercising in a park. And that too in central Bengaluru. What wrong did we do that my friends and I had to go through this trauma and shamed for no fault of ours? It’s high time we questioned such behaviour where people play moral police and torture them without reason. And we hear of such incidents so often. This has got to stop.”