Facebook Twitter Tumblr Pinterest Messenger Messenger WhatsApp Telegram
By polishing his skills and gaining tremendous experience in music from the last 10 years, Peyman does the Rap Singing, Hip-Hop, He extracting immense fame and fan following from a number of shows & music videos. Peyman made his place in audience heart by his popular songs, such as Raeis, Kooche Be Kooche, Farangis, Khaas and many more. 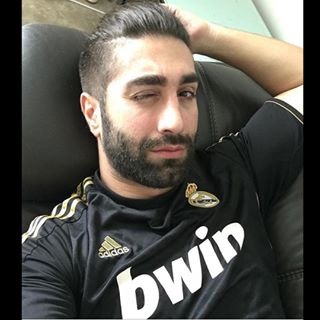 Peyman also is known for his collaboration with Saeed Panter who is notable artists of music world. Peyman has pulled up his socks for his upcoming projects. He is in India from last two weeks and it’s a boon for his fans because he has been approached for Rap Songs in upcoming Bollywood movies. Peyman has signed three Song contracts, the work of that are to be effectuated next month. Also, Peyman has hit the top 5 list of the most influential Rap Singer of the country. The doyenne is a precedence to be a ginormous success in Bollywood industry. We wish Peyman an impregnable success and hope he gives more such blessings in disguise to his fans. Good luck to Peyman for his future!!
Tags
Peyman Shahi