Shah Rukh Khan is famous for his wit and charm personality. Nowadays he is a bit away from limelight and spending quality time with family and close friends. Even though SRK is on a break from films, he still knows how to keep his fans engaged. Recently, SRK kept a session called #AskSrk for creating excitement for his fans.

One fan asked when the Shahrukh  Khan is planning to do a film with his son AbRam, “When Are You Doing A Film With Abram? Big Fan Sir.”

As soon as I get his dates… https://t.co/CgpHvm2yC2

As usual, SRK had a hilarious reply, “As soon as I get his dates.” 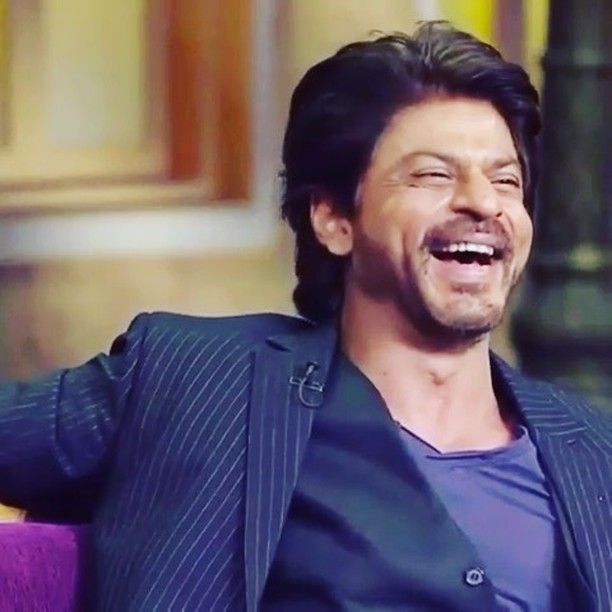 AbRam is Shah Rukh and Gauri’s third child and he is the one who resembles Shahrukh khan a lot.

Another fan asked him, “Do you have plans to direct a Tamil film in the future?”

SRK answered Sarcasmly, “Of course! My command over the language is so good!”

No routine is the routine… https://t.co/8EsmGR9cht 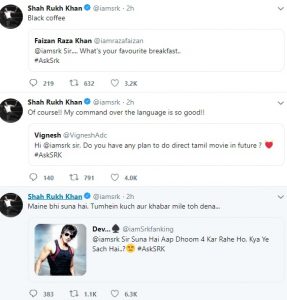 SRK ended his session with a goodbye to his fans, as he had to go prepare for wife Gauri’s birthday. @gaurikhan birthday so will pass on all your wishes to her. Lots of love to you all and was good to hear from you on #AskSRK BE WELL. Be happy. And don’t forget to pray, ” he tweeted 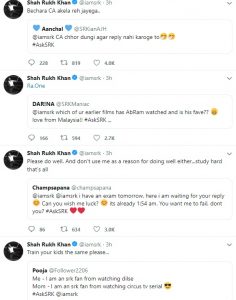