A piece of news coming in states that Alia Bhatt bumped into ex-beau Sidharth Malhotra at Akash Ambani and Shloka Mehta’s engagement party. The star-studded event was also graced by Ranbir Kapoor, his mother Neetu Singh too. Was it an awkward encounter between Alia and Sidharth as Ranbir was also there in the party? Well No! A source stated that Alia and Sidharth was spotted having small talk at the party and there was no awkwardness between them. 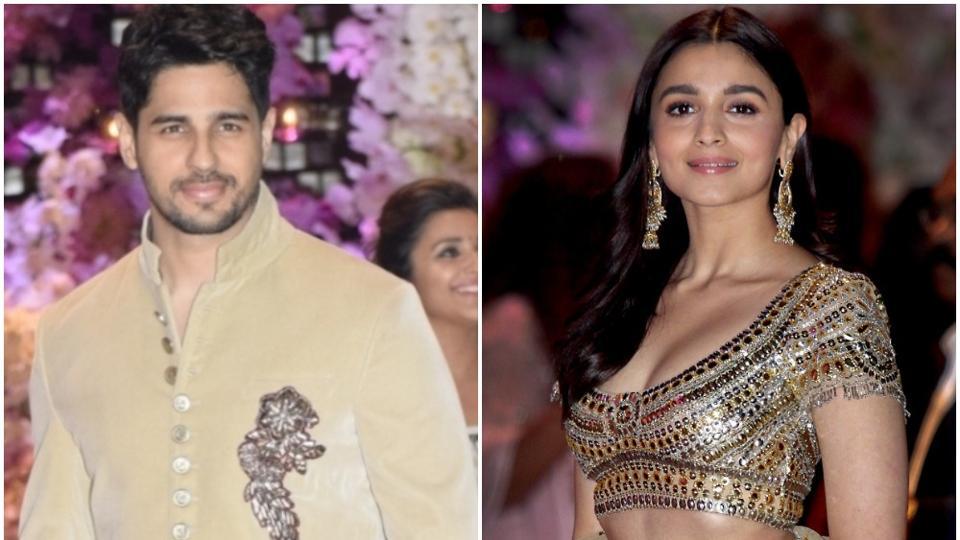 Quoting a source, the report said:“Alia, Sidharth, Aditya Roy Kapur, Shraddha Kapoor and Parineeti Chopra were seen enjoying the party to the hilt. From the looks of it, Alia and Sidharth have no awkwardness anymore. They hugged and were also seen conversing with each other.”

The source added: “After spending some time with the gang, Alia joined her current beau, Ranbir Kapoor, and his mother, Neetu Kapoor. It was heartening to see that these actors handled the situation with utmost maturity.”

Putting end to all the dating rumors, Ranbir Kapoor recently confessed being in relationship with Alia Bhatt. In a conversation with Rajeev Masand, Ranbir professed his love for Alia saying that she is one of the best thing ever happened to him. Right there is a buzz that duo is planning to get married by 2020. Media is try to get more details about their relationship and this didn’t go well with Ranbir. Recently while addressing the media he asked them to respect his privacy.

On work front, Ranbir is shooting with Alia Bhatt , Mouni Roy and Amitabh Bachchan for Brahmastra. His recently released film ‘Sanju’ has already broke many box office records. It grossed over 230 crores world wide. Stay tuned with us for more Bollywood news and updates.