Filmmaker Patty Jenkins has, who is currently helming the second part of Warner Bros’ DC superhero franchise, ‘Wonder Woman 1984’, has hinted that the third movie of this series will ‘probably’ be her last.

Due to Corona pandemic WW84 was delayed from its scheduled time. Meanwhile, when fans are awaiting the release of Gal Gadot starrer Wonder Woman second part, director Jenkins is already thinking of making ‘Wonder Woman 3’. Earlier too, the director has hinted that she is focusing on the third part of the franchise. But now, Jenkins has hinted that the third part of this franchise might be her last outing and that she will work on it ‘carefully’.

As per a recent interview, Patty Jenkins revealed, “The next one (WW3) is probably my last Wonder Woman movie, so I have to put everything I want to show there. We have to think carefully,” she said. While she did not elaborate on her preparation for the third Wonder Woman movie, Patty teased WW84. She revealed that WW84 gave her a bigger canvas to tell Diana’s story. “WW84 gave me a chance to do a lot of things that I couldn’t accommodate in the first movie. I was so happy to tell the Wonder Woman origin story. It was almost her birth, but we really haven’t seen what she is capable of. It is exciting for me to show her at the peak of her strength,â€ the filmmaker explains.

â€But it is also very important that she fights an internal struggle: she is a Goddess and tries to help humanity. She is not only someone who fights evil, she tries to show bad people how to improve. It’s an interesting dilemma,” she added.

In 2017, ‘Wonder Woman’ starring Gal Gadot as the titular superhero, hit the theaters. The upcoming sequel WW84 which is scheduled to hit the theatres on October 2, 2020, will again see Gadot but all in new avataar. The movie also features actors like Chris Pine, Kristen Wiig and Pedro Pascal among others.

WOW !!! Courtney Sixx In Her Glamorours Black Night Out Style At West Hollywood 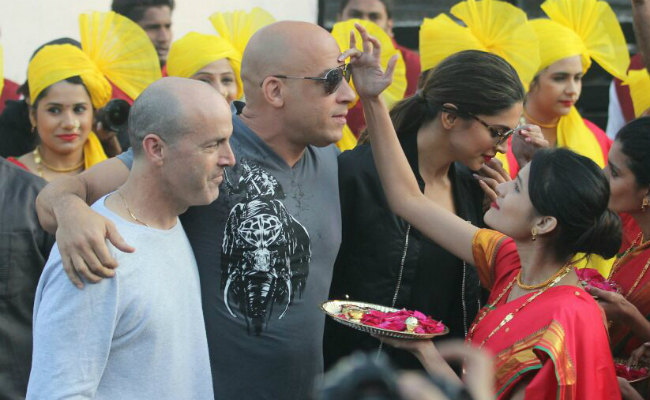 Vin Diesel: As A child I Always Dreamed Of Visiting India