Late Sridevi and Boney Kapoor’s daughter Janhvi Kapoor is making her debut with ‘Dhadak’ opposite Ishaan Khatter. Both Janhvi and Ishaan are on a promotional spree these days and they are leaving no stone unturned to make the movie successful. Janhvi lost her mom when she was shooting for Dhadak and the sudden death of her mom came as a shock for the entire family. Janhvi proved herself to be a strong girl and she resumed the shoot in the midst of the sorrow. 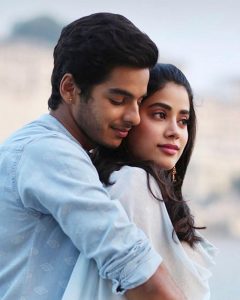 Recently when Janhvi was asked which Sridevi movies she liked the most, she said ‘Sadma’ as one of the favourite movies of her mom. She was 9 years old when she watched the movie for the first time. She also revealed that after watching the movie she was not on talking terms with her mom for almost two days. The reason being in the climax scene of Sadma, Sridevi refused to recognise Kamal Haasan. Janhvi felt pity for the hero and she didn’t talk to Sridevi. 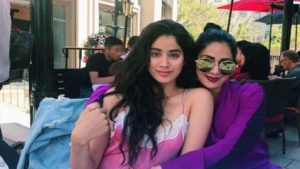 Janhvi also said that she didn’t love to watch Sridevi’s movies as in most of her movies she played sad roles. Seeing these characters Janhvi used to feel very bad. In the interview, she said that ‘Mr. India’ and ‘Chaalbaaz’ are her favourite movies. She also said that she used to visit her mom on the sets of ‘Mom’ and ‘English Vinglish’. “Mom movie was very special to mom and she would have been very happy if she could receive the National Award with her own hands,” added Janhvi.

Saira Banu's Tweets For Dilip Kumar Will Turn You Emotional