Sushant’s suicidal death has left many questions behind. On the current front, the case is being cross questioned by Bihar Police to Mumbai Police who has been handling the case from the beginning. The ongoing verbal rift between the two further got infuriated when Bihar Director General of Police (DGP) Gupteshwar Pandey alleged that Mumbai Police did not consider it is necessary to investigate the money trail while working on the case of the Bollywood actor.

The Bihar DGP was absolutely disgusted and he told the media,

This wasn’t the first wave of anger that set ablaze. On Sunday, the Bihar Police Chief had expressed his anguish when the Mumbai Municipal Authorities quarantined his subordinate Vinay Tiwari who is as SP rank officer. 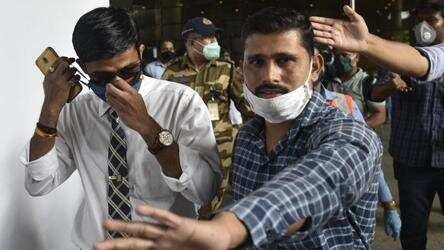 The agitated and one of the most outspoken cops Pandey was quoted saying,

“Instead of sharing evidence or handing over the postmortem and forensic reports of Sushant, they (Mumbai) have almost house arrested our SP. I have not seen such non-cooperation by any other state police. If the Mumbai Police are sincere in their approach, they should share the investigation with us,”

Inorder to clear the air, the Mumbai Police Commissionar Param Bir Singh spoke to the media. He mentioned that in Sushant’s case investigation, so far 56 witnesses have given their statements and also dismissed the accusations of a party being thrown by the actor a night before his death.