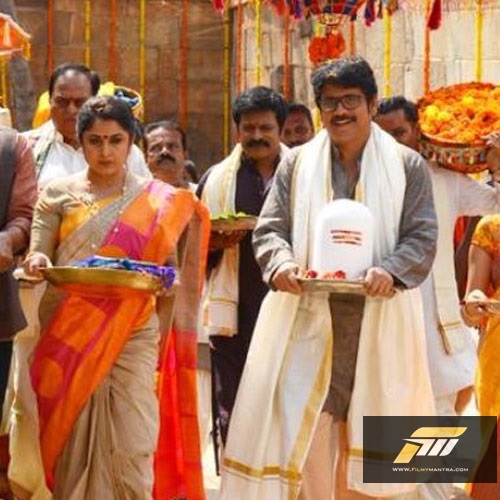 “The team is currently in Mysore. On Tuesday, some important scenes were canned in the prestigious 1500-year-old Vishnu temple. Nagarjuna along with Ramya Krishnan and a few members of the cast were involved in this scene,” a source from the film’s unit told IANS.

While Nagarjuna was traditionally dressed in a white dhoti, Ramya adorned a beautiful designer sari. Both have teamed up after a decade for “Soggade Chinni Nayana”, which is being directed by debutant Kalyan Krishna.

Nagarjuna plays a dual role of grandfather and grandson in the film, which also features Lavanya Tripathi, Nasser, Sampath Raj and Vennela Kishore in important roles.

The team will continue shooting in the city for about a week.