2019 has not been good for IPL franchise Rajasthan Royals, who would definitely like to showcase much better performance when they come for next year. RR played poorly throughout the season and won just 5 out of 14 matches they played. Their poor performance in the cash-rich tournament cost them a playoff spot. As the team didn’t make it to the playoff, fans trolled them mercilessly for its poor performance. One player who has to bear the brunt of the fans is Jaydev Unadkat, who was one of the highest paid players of RR similar to last year. 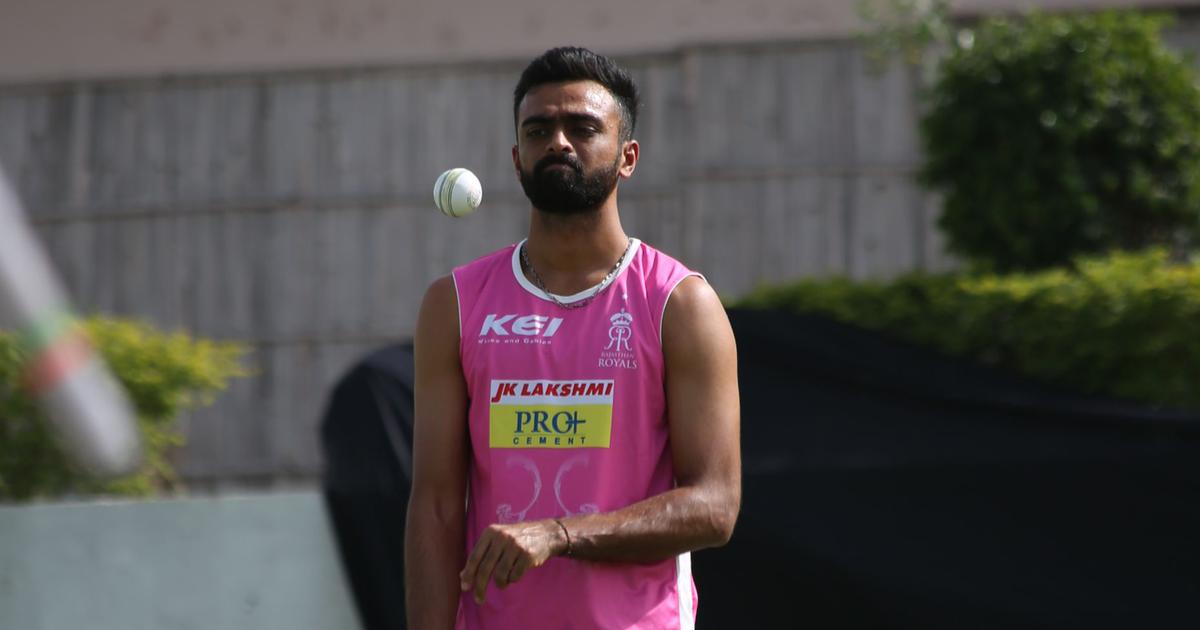 Rajasthan Royals paid Rs. 11.50 Crore to buy Unadkat in 2018. However, due to his poor performance in 2018, he was released and bought back once again this time for Rs. 8.40 Crore. The price tag once again made him one of the costliest Indian players of Indian Premier League 2019.

With so much money riding on him, fans did expect something from Unadkat. However, Unadkat once again failed to make an impact and ended his 2019 IPL journey quite poorly. He took just 10 wickets in 14 games with an economy rate of 10.66, which is huge even in T20.

It is obvious that some fans took to social media to criticize Unadkat for his poor performance. One of the fans even asked Jaydev Unadkat to join a cricket academy and learn how to bowl once again. The fan tweeted,

“Please enroll into a cricket academy and learn how to bowl”

Jaydev Unadkat took upon the troll and gave him a reply he’ll never forget. He shuts him down with his subtle yet effective response. He replied,

“Yes boss, already enrolled into one and will forever be enrolled, till the time I keep playing this game passionately. Because learning never stops. Neither when you fail nor when you succeed. Hope you guys learnt something from hurling abuses to me throughout the season 😁🤘🏼” 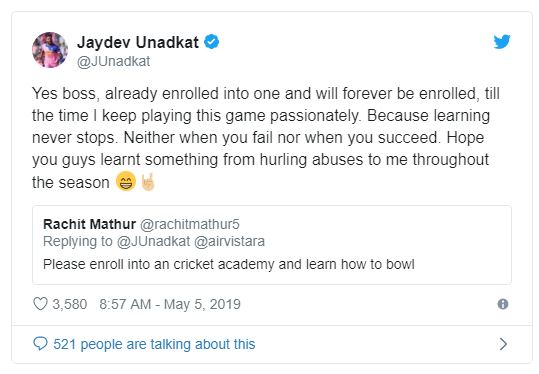