Home Bigg Boss Hiten Tejwani Gets A Sweet Surprise From Bigg Boss, No It’s Not...

Bigg Boss 11 is full of surprises and the viewers are enjoying every bit of it. Tonight’s Weekend Ka Vaar episode is also going to be a special, especially for Hiten Tejwani. Hiten is one of the coolest and wisest contestants of this season. Hiten is playing the game very beautifully, which has made him one of the strongest contestant of Bigg Boss Season 11. 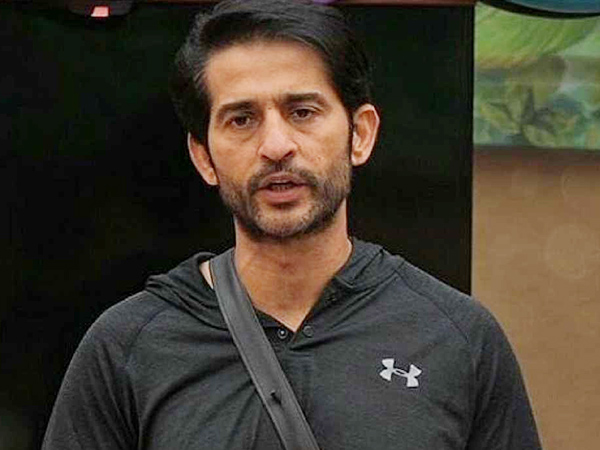 There is a big surprise for Hiten Tejwani, as Bigg Boss had a special plan for him. Yes, Salman Khan asked Puneesh to go to the storeroom and get something. However, when doors open, Hiten’s kids come out of the storeroom. Yes, you read it right, Hiten’s twins are going to meet him inside Bigg Boss 11 house. Hiten seemed all happy with the cute surprise. The entire scene was amazing for everyone.

In the meantime, Hiten Tejwani will also meet his wife Gauri Pradhan, as she enters the house. Gauri meets with everyone and appreciates them for their performance. However, she has something else to say to Hina Khan. She slams her for her spineless remarks for Hiten. She also says to Akash that she is very disappointed in him.

In other news, Salman Khan will take the class of Arshi Khan for her behavior throughout the week. Arshi has disrespected Shilpa Shinde’s mother, which has not gone down well with superstar host.

Tell us your thoughts. Are you excited to see Hiten Tejwani’s kids? Stay tuned for latest Bigg Boss 11 news.