KKR Vs DC was a special match for Shikhar Dhawan. After all, it was his 150th IPL match. KKR put up a good total of 178 while batting first. The Delhi Capitals chased this target easily, all thanks to Shikhar Dhawan’s amazing 97 runs knock. He remained unbeaten at 97 devoid of his first IPL Century.

Shikhar played sensible cricket and got his team home but was unable to score a century. After Rishabh Pant got out trying hit the ball out of the park, Colin Ingram made his way to the crease. Delhi was on the verge of winning the match and needed just 12 runs from 13 balls. Initially, Ingram tried giving strikes to Dhawan by taking singles so that he could complete his century. 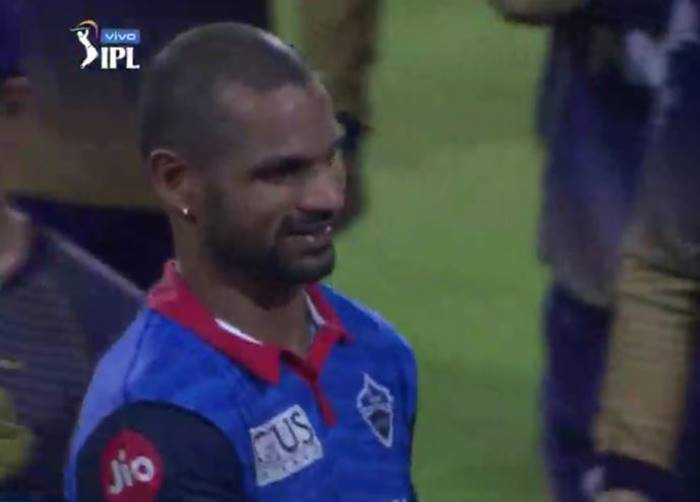 However, Shikhar was just managing to get single on every ball he got and giving the strike back to Ingram. However, it seemed that Ingram lost patience and hit a ball out of the park winning the match. Delhi needed 3 runs off last 7 balls, everyone thought that he will take a single and give the strike to Dhawan. But that didn’t happen, as he hit the ball out of the park and took his team to the finish line.

In the end, Shikhar was denied his maiden T20 century, all thanks to Ingram. Twitterati soon started guessing Dhawan’s honest reactions to Ingram’s six and it’s hilarious.

Batting at 97, his partner Ingram ended the match with a 6 with an over remaining.

When Ingram smashed that six.

After KKR's Defeat TO DC, Shah Rukh Khan Tweets A Touching Post For Sourav Ganguly, Fans Are Loving It