Home Box Office Box Office: Ajay Devgn’s Drishyam Has a Good Monday!
Bollywood is having a good time lately at the box office. First, Baahubali created history by becoming the first South Indian film to collect 100 cr for a hindu dubbed version. Then Salman Khan’s Bajrangi Bhaijaan created history and is soon going to touch the 300 cr mark and now Ajay Devgn and Tabu starrer Drishyam is winning the hearts of the audience and the critics alike. The film collected 12.13 crores on Sunday and dropped by around 66 percent on Monday to collect 4.05 crores. 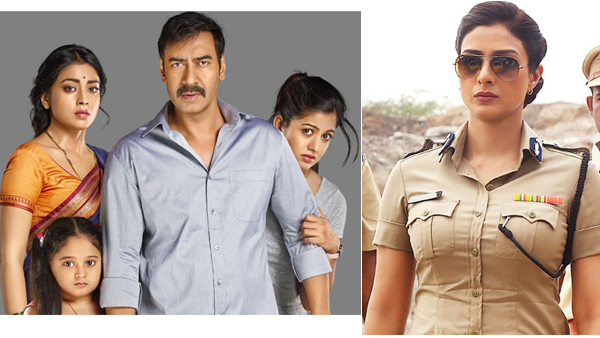 This takes the 4 day total of the film to be 34.08 crore. With no big film releasing till 14th August, we can expect it to reach around the 70 crore mark.
Here is the daily box office breakdown for Drishyam: