Believe it or not, Indo-Iranian beauty Mandana Karimi, who is currently making waves in the Bigg Boss house due to her straightforwardness, is married.

The news was leaked by a newspaper claiming that Mandana is secretly wedded to beau Lalit Tehlan.

A marriage certificate has been trending online which proves Mandana married Lalit in 2011 in an Arya Samaj wedding in New Delhi. 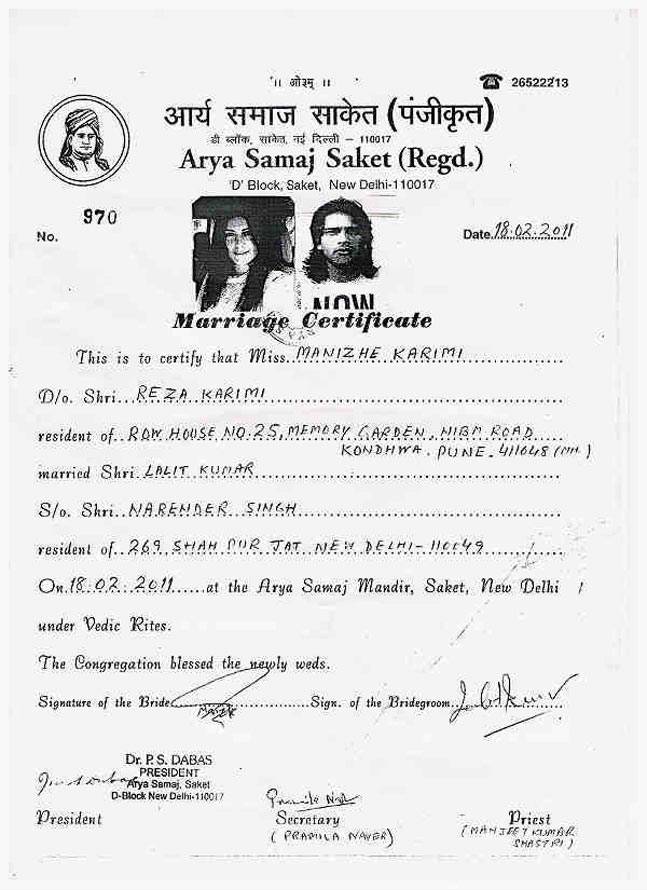 However, the model-cum-actress strictly denied being hitched when the newspaper quizzed her about the same. “Yes, I’m dating Lalit, but we’re not getting married. The wedding certificate that you have cannot be true, as my name is Mandana Karimi. Lalit is my boyfriend, and I am well-placed to tell you that we aren’t married yet and are not planning to tie the knot anytime soon,” Mandana had said.

The certificate has Mandana’s picture, but the name mentioned is Manizhe Karimi, which is name of her Twitter handle. She is a sough-after print model and has modelled for many high-end brands such as BIBA, Adidas etc. Her CV boasts of films like ‘Johnny Gaddar’ with Kunal Kemmu. She is reportedly seeing actor Tusshar Kapoor with whom she is doing a film.

Why Is Ranveer Singh Supporting Katrina Kaif Over Deepika Padukone ?