Australian Skipper Tim Paine has been one of the hottest topics in Indian media ever since the Test Series started. Australian captain has indulged in several sledging incidents in the series. Firstly, he got in war of the words with Indian Skipper Virat Kohli in the second test, followed by mocking of Rishabh Pant and Rohit Sharma in the third test. 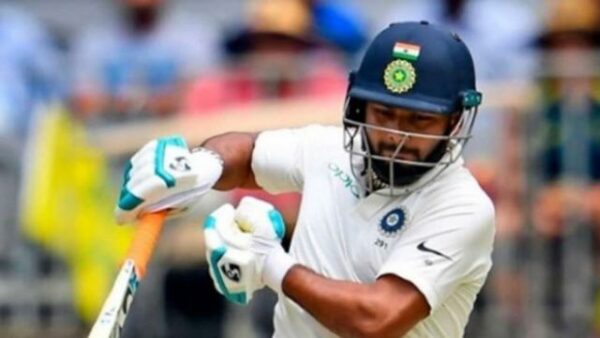 In the third test, Tim Paine called out Rishabh Pant for the inclusion of MS Dhoni. He even called Pant babysitter, which has obviously not gone down well with Indian fans. In reply, Pant also called Tim Paine temporary captain later in the same match.

After the match ended, everything seemed fine between Pant and Paine, when Tim Paine’s wife Bonnie shared a picture of Pant holding her kid. She captioned this picture with “best babysitter” tagging Pant. It was all in good spirit, as Indian wicketkeeper himself admitted the same. Pant also met with Tim Paine’s family and clicked some pictures.

However, Indian fans are not in the mood of letting Tim Paine go for his babysitter remarks. A couple of days ago, the Bharat Army trolled Tim Paine with Rishabh Pant’s chant, which immediately went viral on the social media.

Now, Bharat Army has once again trolled Tim Paine by displaying a hilarious poster. Scroll down and check out the picture down below. 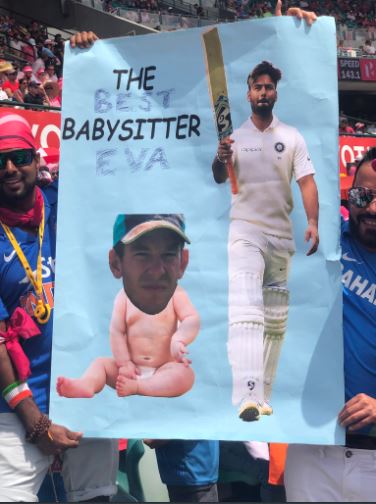 This is what they tweeted:

That’s funny. Even Twitter agrees with us. Check out some of the selected reactions.

baby sitter give pain to paine😂😂#INDvAUS

We missed Pant jibes on him today..