Housefull franchise movies have been super hits in the Bollywood Industry! Right from Housefull 1, people have admired and adorned the cast and the humour filled storyline of these movies! The one thing consistent in these or we rather call it the unique selling point of the Housefull franchise movies the lead actor, Akshay Kumar! Akshay Kumar has been well known for his comic timing in these movies and his screen presence simply steals the show away! This time, it is Housefull 4 and we will see Akshay Kumar playing the role of a reincarnated 16th Century King! 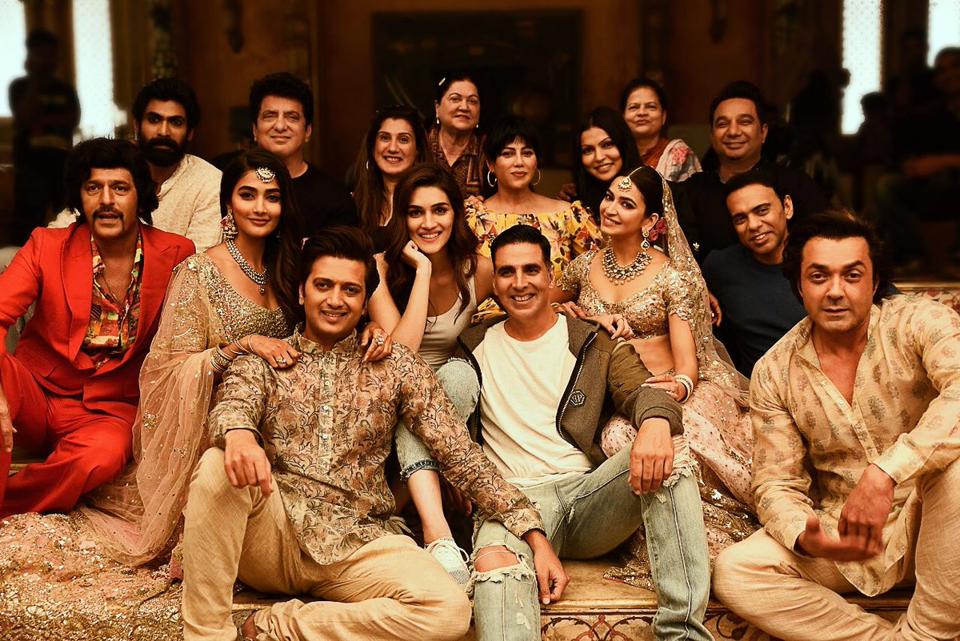 The fourth installment is set to release later this year and once again stars Akshay Kumar in the lead, with Bobby Deol, Kriti Sanon, Kriti Kharbanda, Pooja Hegde, Riteish Deshmukh, Chunky Panday, Boman Irani, among others. A leading media house reports suggest, “The fourth instalment offers a hilarious spin on reincarnation. In the first half that is set in the 16th century, Akshay sports different looks as the king. In fact, the picture of one of his looks, where he is flaunting a bald pate, went viral last year. Bobby, on the other hand, will be seen sporting long hair in this portion. Since Chunky Pandey’s character Aakhri Pasta has been established as half-Italian in the previous editions, the makers were struggling to incorporate him in the 16th century,” a source told the Tabloid.

Excited much?? Housefull 4 shall be hitting the theatre screens on 26th October, 2019! Stay tuned with us at Filmymantra for more updates!