Ajay Devgn is all set for the release of his next film Raid. The actor was spotted at the trailer launch of the movie with actress Ileana D’Cruz. At the trailer launch, Ajay asked Ileana, “Are You Married”. The answer will surprise you.

The personal life of Ileana D’Cruz has been in the news for quite some time. Earlier, reports of her marriage to her rumored boyfriend Andrew Kneebone fired up, when actress posted a picture of herself with him with a caption, “photo by hubby”.

Back in December last year, Ileana shared a photo on her Instagram with a caption that reads, “My favourite time of the year #christmastime #happyholidays #home #love #family Photo by hubby @andrewkneebonephotography.” 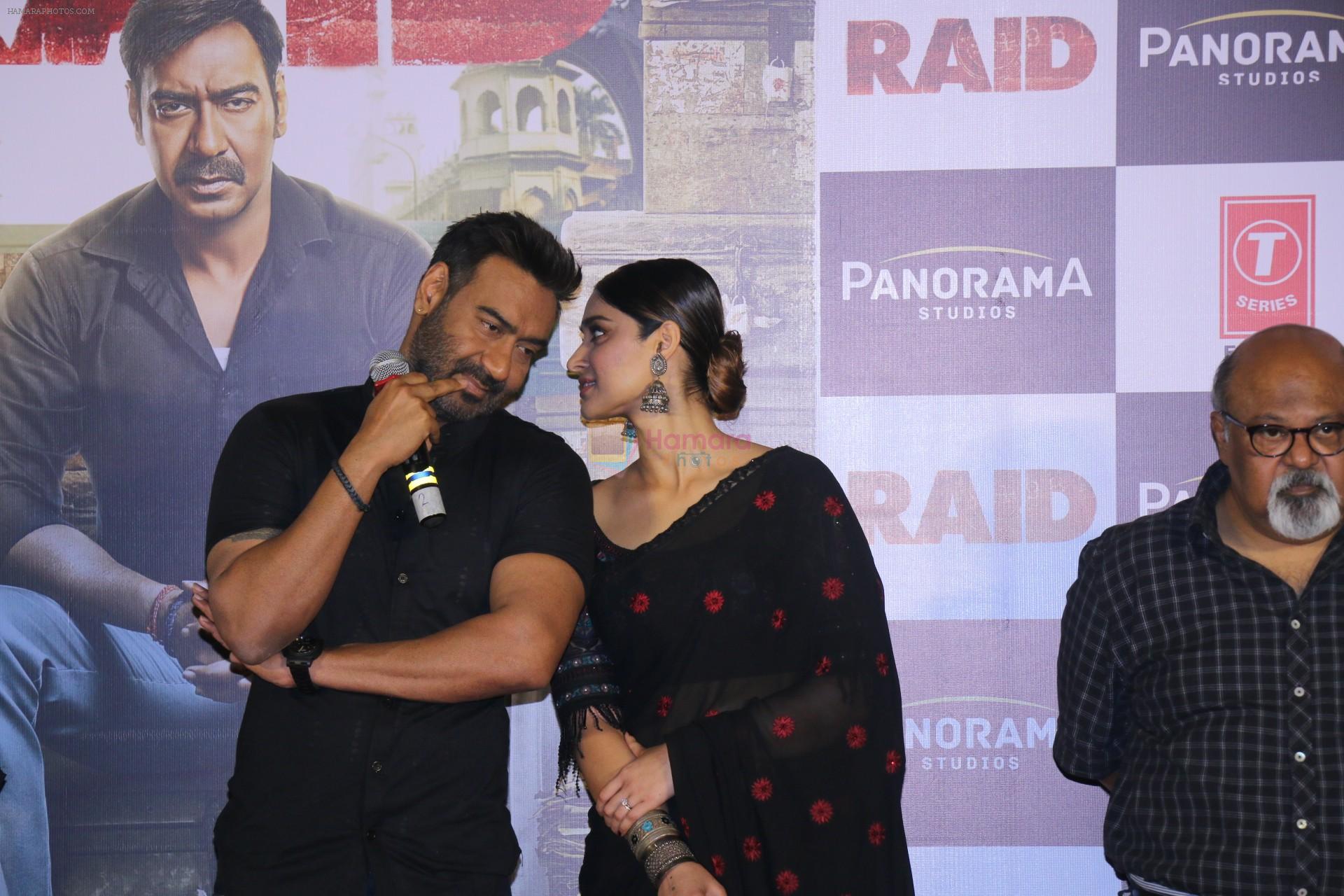 Ileana D’Cruz was accompanying Ajay Devgn at the trailer launch of their upcoming film ‘Raid’. When she was asked about her personal life, Ajay asked D’Cruz, “Are you married?” Replying to him, she said,

“I don’t think there’s any comment to be made. I have kept my personal life fairly private. I don’t like to talk about it too much. But it’s pretty much there for the world to see,”

Coming back to the movie, Raid is an upcoming drama film set in the backdrop of 1980s. The movie is directed by Raj Kumar Gupta and features Ajay Devgn and Ileana D’Cruz in the lead roles. Ajay is playing a role of tax officer from Uttar Pradesh. The movie is written by Pink fame Ritesh Shah.

Talking about the film, Ileana D’Cruz said, “Honestly, Ritesh had written such a clear script that I didn’t need any brief. Raj is one of those directors to work with who is very easy and straight forward. So I just had to listen to him and make sure the lines are delivered well,”

Ajay Devgn said that he didn’t consult any income tax officers for the reference, he relied on his director for the role. He said, “It’s a true story, based on a real character so basically they (Rajkumar, Ritesh) understood a lot from him. They understood what they felt at that point of time and kept it as real as possible,”

Are you excited for Raid? Tell us your thoughts in the comment section down below. Stay tuned to Filmymantra.com for more Bollywood gossips and updates.