Rajinikanth is not just an actor, he is a phenomena, especially in South India. Whenever, his film releases, it creates some sort of records at the box office. Several fans offer prayers and do lots of things for the Thalaivaa. His fandom is so strong that you wonâ€™t believe what has happened this time. 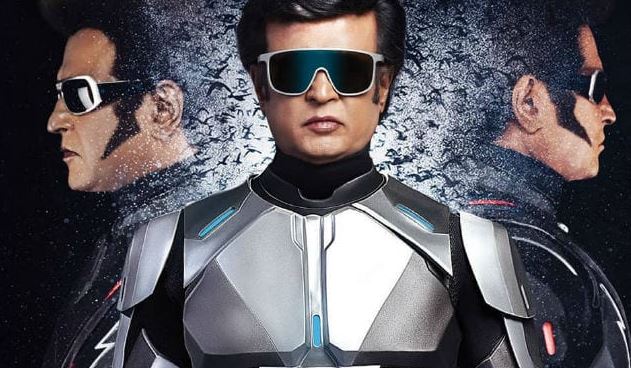 A private training firm in Coimbatore has officially announced holiday on the first day of Rajinikanth Starrer 2.0. If that was not enough, the solution firm is also offering movie tickets for all of its employees. The firm in question is named â€œGet Set Go Training Solutions Instituteâ€ in Siddhapudur in Coimbatore.

Declaring the holiday, the firm wrote in a circular on Wednesday, â€œThursday will be declared as an official holiday on the celebration of the pride of Indian cinema in the form of release of 2.0.â€ The circular further added that the company is also sponsoring the tickets for all its employees. 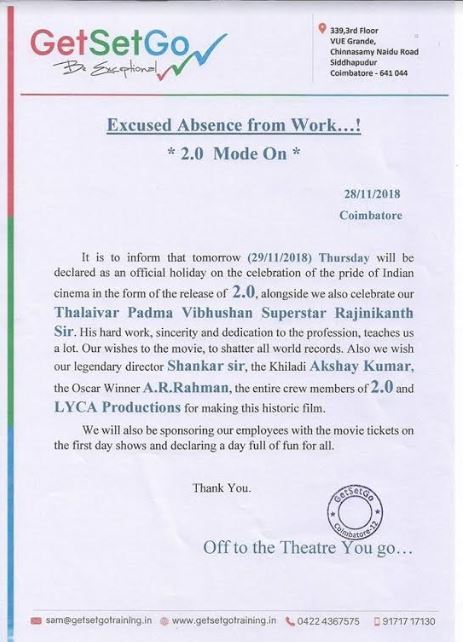 When asked about the same by a leading daily TOI, representative of the firm has confirmed that they have indeed declared the holiday. He said, â€œWe are now in the theatre to watch the film with all our employees. In the evening we would have a celebration to mark the release of the movie. â€

Thatâ€™s amazing, everyone would want to work in such a company, doesnâ€™t it? Tell us your thoughts in the comment section down below. Stay tuned to this space for more viral stories. 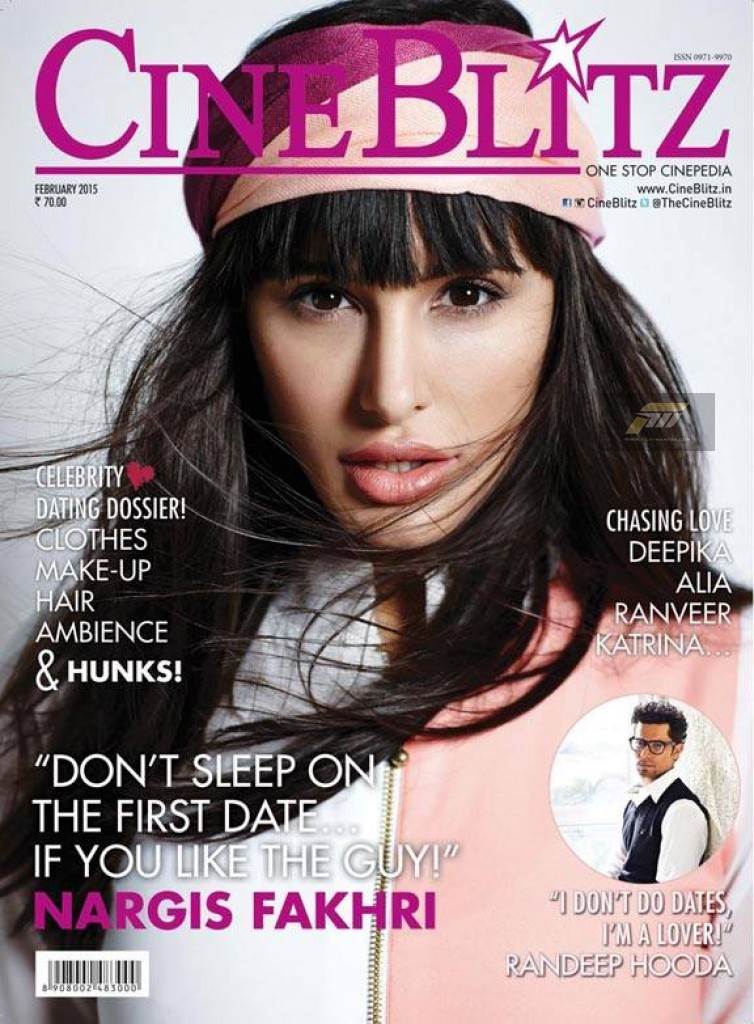 Nargis Fakhri on the cover page of CINEBLITZ 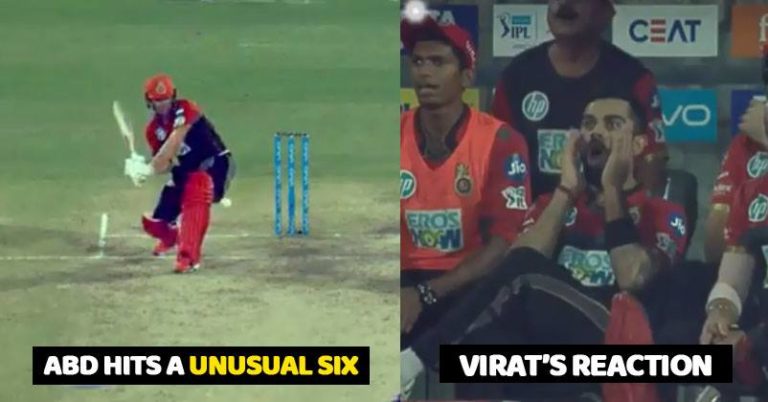 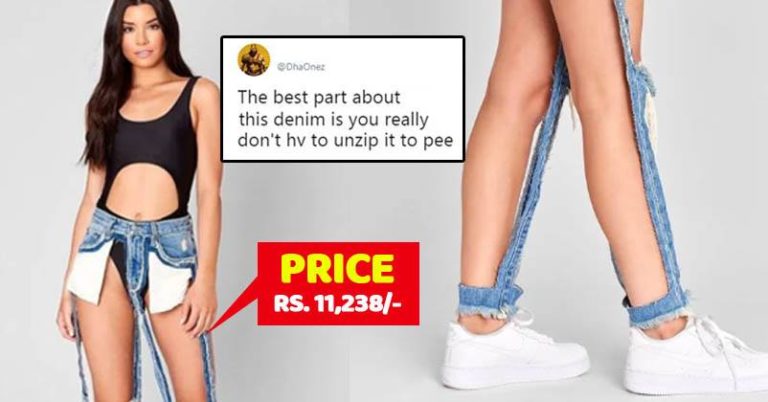 Extreme Cut Out Jeans Hit The Market And Are Sold Out, Twitter Goes Nuts!