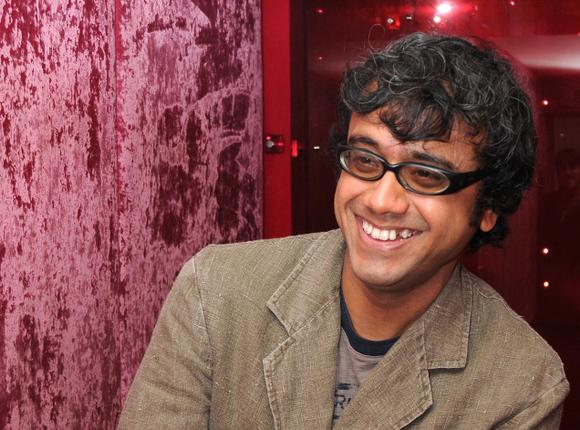 After a spate of films with men as central characters including the forthcoming “Detective Byomkesh Bakshy!”, filmmaker Dibakar Banerjee is now planning to do some women-centric projects.

“Absolutely, definitely, I want to do it. Too much time spent with men now. There are many (ideas) but I am not ready to reveal them now,” Banerjee told IANS here when asked about possibilities of doing women-oriented ventures.

For the time being, he is wrapped up in promoting “Detective Byomkesh Bakshy!” which stars Sushant Singh Rajput in the lead role and is slated to release April 3, 2015.

It is based on the fictional detective Byomkesh Bakshi created by the Bengali writer Sharadindu Bandyopadhyay.

The “Khosla Ka Ghosla” maker is known to rope in actors from the Bengali film industry, and “Detective Byomkesh Bakshy!” also has a clutch of actors including actress Swastika, a prominent face in regional movies, from here.

Banerjee hoped regional film industries in India could work together as it happens in Hollywood which pools in talent from Europe, Canada and Australia.

“I think there’s a need for all film industries in India to get closer, the way the American industry, the British and Australian film industry work together.

“Imagine the kind of talent pool that Hollywood has and some of them are drawn from Europe, Canada and Australia. The biggest stars are the Australians (Hugh Jackman, Nicole Kidman),” he said.

“If Bollywood, which is the biggest film industry that represents Indian films (for the lack of a better word)… if Bollywood can tap the south film industry, not only in stealing stories or adapting stories but in terms of acting talent, cinematography, I think Indian cinema will go higher,” he said.