All the people all around the world wishing our PM Narendra modi from morning but the special wishes are from Akshay Kumar and Prabhas  as they announced a  biopic on social  media, Mann Bairagi, based on the defining moment of our PM’s life. 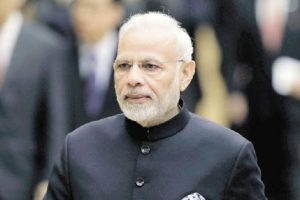 The first look of Sanjay Leela Bhansali & Mahaveer Jain’s special feature, MannBairagi on the defining moment of our PM’s life on his birthday!

A special film on a special person by a special filmmaker on this special day, Happy Birthday @narendramodi Sir. So happy to present the first look of Sanjay Leela Bhansali & Mahaveer Jain's 'Mann Bairagi', an untold story of our PM, directed by Ssanjay Tripaathy. @bhansaliproductions #SanjayLeelaBhansali #MahaveerJain @dhanushkraja #HappyBDayPMModi

‪Happy to present the first look of Sanjay Leela Bhansali & Mahaveer Jain’s special feature, #MannBairagi on the defining moment of our PM's life on his birthday! #HappyBirthdayPMModi‬ @narendramodi @bhansaliproductions

Narendra Modi had the best memorable moments from the Butterfly Garden in Kevadia. In this garden there are lots of butterflies and PM also rescued 100’s of Butterflies. Watch Video!

Memorable moments from the Butterfly Garden in Kevadia. Do visit this place! 🦋

In last five years Surat bakers baked cake for Narendra Modi in a grand manner. Owner of Breadliner Bakery announced that they will make 700 feet cake weighing 7,000 kg which will be cut by 700 ‘honest people of the city’. 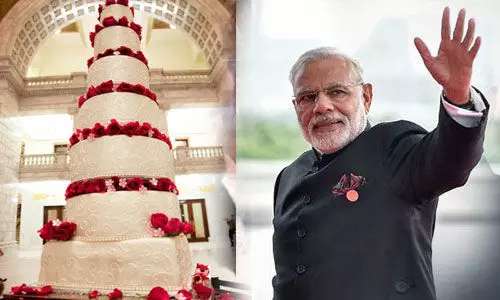 Another bakery  announced distributing food packets to 12,000 children of 370 schools in tribal areas, who are suffering from malnutrition. He also announced his intention of celebrating the United India vision and abrogation of Article 370 from Kashmir.

Another bakery announced distributing food packets to 12000 children of  370 schools in tribal areas, who are suffering from mal nutritions.

“The food will be full of nutrition, iron, fibre and vitamins. This way we will show our determination to fight malnutrition. Our PM has a dream of a malnutrition-free India and we will help him achieve his dream,” said Atul Vekariya of Atul Baker