Salman Khan and Katrina Kaif starrer ‘Tiger Zinda Hai’ is doing wonders at the box office. The spy thriller has…

Salman Khan and Katrina Kaif starrer ‘Tiger Zinda Hai’ is doing wonders at the box office. The spy thriller has been breaking numerous records since the release. However, the box office performance doesn’t always guarantee the quality of a film. After all, Judwaa 2 and Golmaal Again are the highest grossing films of the year. 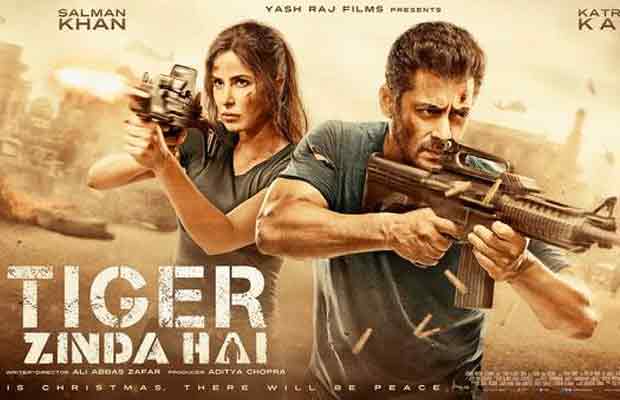 Salman Khan’s Tiger Zinda Hai has grossed more than Rs. 150 Crore in just four days and if we look at the trends, the movie is going to do wonders in coming days.

Despite the box office success, some audiences are not very happy after watching the film. There are some fans, who are mighty disappointed with the movie.

In fact, a Bhai fans bought 100 tickets for the film and distributed it to moviegoers for free. Salman Khan enjoys a huge fan following all over the world. This is the reason, his films always do wonders at the box office.

Some disappointed fans took to Twitter to slam the movies. Their savage reviews will defiantly break hearts of Bhai’s fans. You will also think twice after reading these Tweet reviews.

Here are some selected Tweets:

I was wondering why there were no rickshaws in my area today. Then I looked at the calendar. #TigerZindaHai

I rest my case. pic.twitter.com/OO7YsVqYTh

In #TigerZindaHai there's a full 15 minutes chase sequence where the ISIS jihadis go after our BHAI with just 'Laathis' and 'Chhura' in their hands. Not to mention, the hilarious dialogue by Katrina about Pakistan being a peace-loving nation. Artistic Liberty ki Mother's Eye

People who are planning to watch #TigerZindaHai on Christmas Eve are the kind of people you should never interact in life with.

#TigerZindaHai is such a bad movie that even chairs in the theatre walked away from the exit door.

Are you going to watch Tiger Zinda Hai in the theater after reading the reviews? Tell us your thoughts in the comment section down below.