A fan of actor Amitabh Bachchan who got clicked, during the black-and-white time, even Jaya  Bachchan is there in the picture and many star kids including his daughter Shweta Bachchan Nanda and Karisma Kapoor. Karisma  Kapoor gets recognize wearing a hat and stripe t-shirt. But the curious thing is whose that cute little kid in Big B’s hand?

A fan on Twitter tagged Amitabh while posting an old picture of his with many star kids and asked: “Who are you holding @SrBachchan Ji?”

Amitabh Bachchan replied saying that it was actor Kareena Kapoor Khan in his arms and looks totally distracted.

Who are you holding @SrBachchan Ji?

Amitabh Bachchan shared these throwback pictures on his social media account. The picture is all the way from the set of the film Pukar, which also starred Zeenat Aman, Kareena’s father Randhir Kapoor and Tina Munim. In the picture, Amitabh mentions that as little Kareena was injured, he was tending to her injury.

He wrote a caption,  “Guess who..? That be Kareena Kapoor on the sets of PUKAR shooting in Goa .. had come with Dad Randhir .. hurt her foot .. and yours truly putting medication and taping it !!”

Amitabh Bachchan and Kareena did many films together like Kabhi Khushi Kabhi Gum, Dev, Khushi, Satyagrah and many more. 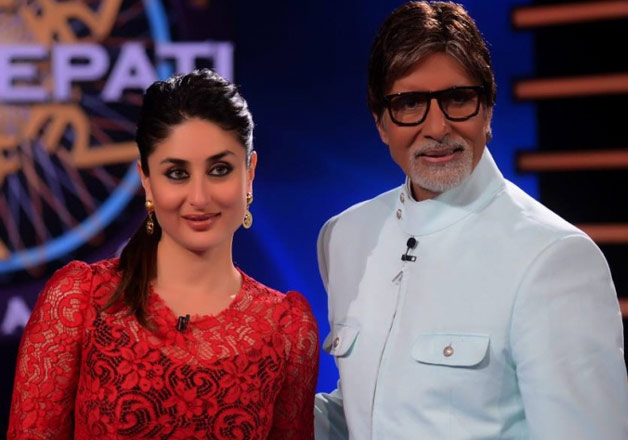