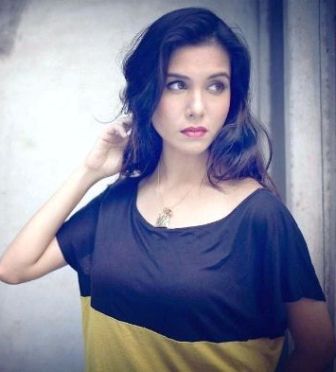 Tanu Khan,  or Tarannum Khan, plays the lead role in the Tv Series Chandra Nandini on star Plus. The serial is based on the marriage of Maurya King Chandragupta and Nandini. The royal couple finds it difficult to lead a normal married life as their marriage was actually a political alliance. Tanu Khan plays the role of Helena , the first wife of Chandragupta.  Besides this serial Tanu was also very popular as Nisha in the serial Yeh Kahaan Aa Gye Hum.

Tanu was born in Delhi. She completed her schooling from Mayo college in Ajmer. She started her career in modeling in her teenage and appeared in many advertisements. She got offered from South Indian Film industry and she grabbed the best ones. Tanu is settled in Mumbai.

Tanu Khan was active in theatre groups in Mumbai. As she auditioned for Tv shows she was chosen for the key role of Nisha in the show Yeh Kahaan Aagye Hum. When Ekta Kapoor’s production house was looking for an apt face to play Helena or Durdhara’s role in the latest serial Chandra Nandini, they chose Tanu. She is getting popular in the role for her impactful acting. The show is telecasted in Hindi and Tamil. As it is a periodic show, there is lot of focus on the characters. Tanu is noted to be very powerful and alluring as the daughter of the Greek king. Her role is getting more prominence in the coming episodes.