Taapsee’s frank nature is seen in an interview during the promotion of the film Bhais Ki Aankh. In the recent chat show, No Filter Neha which is hosted by actress Neha Dhupia, Taapsee went on to make some interesting remarks about her co-stars. 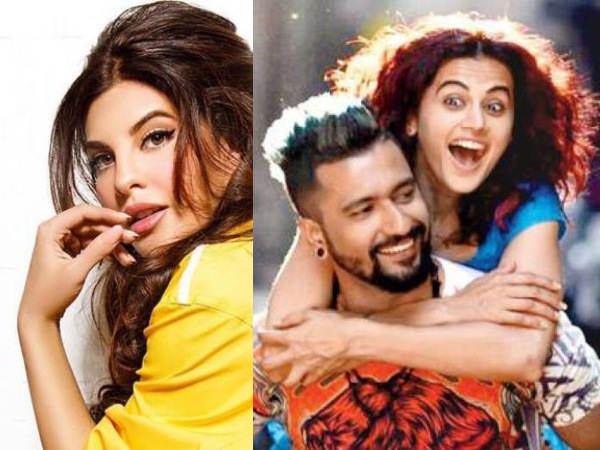 The actress revealed that Vicky Kaushal and Jacqueline Fernandez are the worst co-stars she has ever worked with.
Taapsee gave such a statement on a positive note. Her co-star Vicky Kaushal gave her a tough competition during the time of Manmarziyan. Vicky’s exceptional acting skills made Taapsee so conscious during the shoot that the actress even openly said that to him.

On the other hand Jacqueline Fernandez made Taapsee conscious with her hotness quotient during the filming of Judwaa 2. The actress revealed that she had to struggle really hard to match up to Jacqueline’s screen presence in the movie.