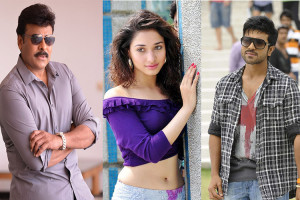 “Tamannaah has been offered the song that was originally planned with Ileana (D’Cruz). While Tamannaah is yet to sign the dotted line, it is learnt that she has given her nod,” a source from the film’s unit.

Reportedly, Chiranjeevi will also shake a leg in this song along with his son.

The makers plan to shoot the song next week in Hyderabad.

In the film, Chiranjeevi will also share the screen space with his son in a fight sequence.

Produced by D.V.V Danayya, the film is slated to hit the screens on October 16.