Actor Shah Rukh Khan, who is in Barcelona, Spain with wife Gauri and children for a holiday shares pictures of his holiday. The entire Khan family flew to Barcelona after attending Akash Ambani-Shloka Mehta’s engagement ceremony.  Gauri Khan and SRK have kept followers on social media updated about their holiday pictures.

Gauri shared a picture of Shah Rukh, Aryan, and AbRam from Barcelona. She captioned the picture as “Best a woman can get… soaking the sun with my boys in Barcelona.” 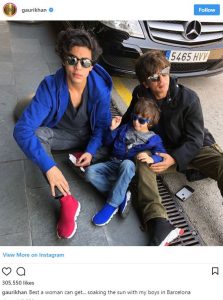 After this picture, we saw another picture of Shah Rukh with his daughter Suhana. He posted the photo on Instagram stories. In the photo, we see Suhana planting a kiss on the SRK’s cheek. Shah Rukh captioned the image as “sun-kissed.” 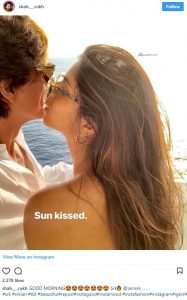 Yet another picture of Aryan and AbRam. 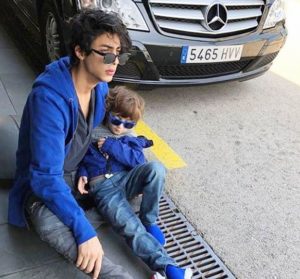 Aryan and Suhana are one of the good-looking star kids of Bollywood industry. Suhana has grown up to a beautiful lady and she keeps her fans updated with her latest pictures. Over the years she has gone through a terrific transformation. Aryan is no less than his father He is a look-alike of his father SRK. Recently Aryan attended Akash Ambani and Shloka Mehta’s engagement bash. 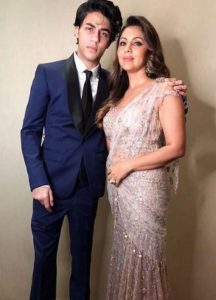 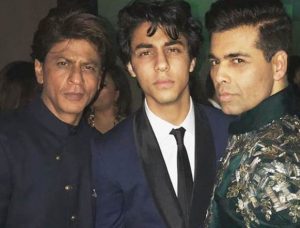 On the professional front, SRK will be seen in’ Zero’, where he will play the role of a dwarf. Directed by Anand L. Rai, the film also stars Anushka Sharma and Katrina Kaif. The movie will hit the screens on December 21, 2018.