Shahrukh Khan’s daughter, Suhana, broke the internet a while back, when her bikini pictures went viral. The star daughter was posing with her little brother AbRam, at a beach, when the candid moment spread like wildfire and grabbed many eyeballs. This obviously upset daddy SRK who wanted the photo to be removed from the social media.

Talking about the same, SRK opened up for the first time in a recent interview with an entertainment portal, about how he and the family dealt with the incident.

The ‘Badshah’ of Bollywood feels that it is his stardom that splashed his daughter Suhana’s bikini-clad snap all over the Internet, hence, he wants to protect her from himself.

“She was in a bikini, she was on a beach, and she was with her little brother. You went ahead and wrote a headline, “SRK’s daughter flaunts her body.” Is it a little cheap? Maybe I felt it was,” said the ‘Dilwale’ actor. SRK further said that he reached out to the website to get the matter under control.

“My daughter was a little awkward about it. She’s 16, yaar. And the headlines some sites use are… wow! We’re very liberal people and even had a laugh about it. But it’s still awkward,” he continued.

Speaking further, the Raees actor added, “When my daughter’s pictures were splashed everywhere online and when I jumped to get it contained, I wasn’t protecting her from the media – I was protecting her from me. It’s my stardom that was the reason that picture made it to the news – it wouldn’t have if she wasn’t SRK’s daughter. There could be someone running naked and that wouldn’t be news.”

Suhana has always been one of Bollywood’s most talked about starkids. The young girl, known for her style sense, is often seen partying and chilling with her bunch of girls. Suhana’s entry into Bollywood in the coming times, is also speculated big time.

Talking about the same, SRK had said, “My daughter wants to learn acting, but I don’t know which institute in India I should send her to. We don’t have any good acting school. One of my dream projects is to be able to create an institute where youngsters can come and learn professional acting, techniques of acting, different styles of acting.” 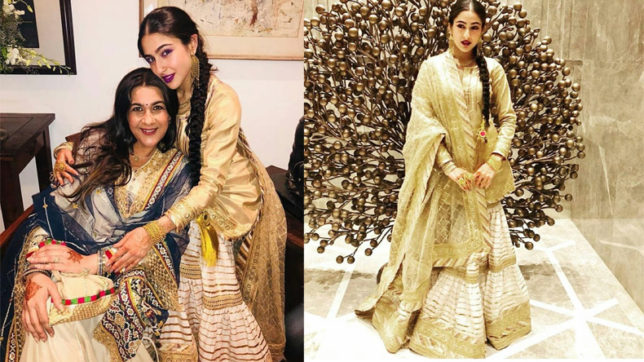