“TOO HAPPY TO SEE ROHIT AND HIS TEAM,” SHAH RUKH KHAN POSTED ON TWITTER 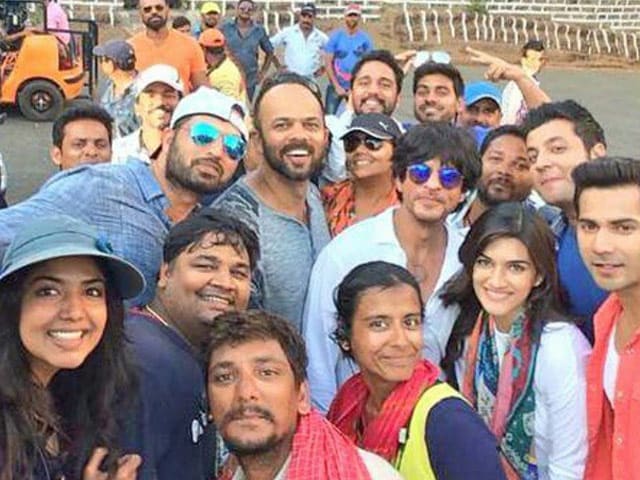 Actor Shah Rukh Khan is only going to start shooting Dilwale – his new film with Kajol – in June but he dropped by the sets of the movie in Goa for a surprise visit which left the cast and crew thrilled.

Varun Sharma, last seen opposite Sonam Kapoor in Dolly Ki Doli, wrote on Twitter: “Joined on the sets of #Dilwale by the King himself!!”

SRK was in Goa for the opening of a new resort the interiors of which have been designed by his wife Gauri.

Several Bollywood stars, among them SRK’s frequent co-star Preity Zinta, were spotted flying out from Mumbai yesterday to attend the opening.

Meanwhile, SRK is busy shooting for Yash Raj Films’ Fan, which is directed by Maneesh Sharma. Last month, the actor was in Croatia shooting and he was recently spotted filming a scene in a Mumbai chawl. As team owner of Kolkata Knight Riders, SRK is also juggling his shoot schedules with the ongoing IPL 8 matches. However, he’s skipped at least one match already:

Ironman vs Batman : Are you ready to watch the legend fall ?