One of the most successful Bollywood rappers, Badshah met a fatal car accident on Tuesday.

The rapper-cum-lyricist was on National Highway 1 between Sirhind and Mandi Gobindgarh when the accident took place, said the media reports. 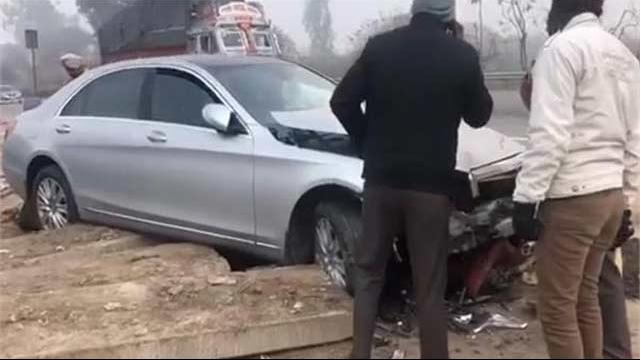 It is being said that a canter filled with some chemical collided with an army truck between Sirhind and Mandi Gobindgarh which led to piling up of more than 50 cars on the highway. During the same time, Badshah’s car also collided and got badly damaged.

He, however, escaped unhurt in the accident due to the airbag facility in his car.

He has been shooting for a film with noted Punjabi singer-actor Ammy Virk in Ludhiana.

Incidentally, Badshah is one of the most talented and sought after rappers in the Indian entertainment industry right now. He, after debuting along with Honey Singh in 2012, shot to fame with his single “DJ Waley Babu”.

Today, almost every Bollywood film at least has a song featuring him. His recent films are Good Newwz, Bala and Street Dancer 3D.

It is worth mentioning that veteran Bollywood actress Shabana Azmi had also met with an accident last month. Her car had rammed into a truck on the Mumbai-Pune Expressway.

Later on February 1, she took to Twitter and shared the news of her recovery and returning home.