Pakistani actor Adnan Siddiqui has been praised for opposing to the insensitive remarks passed against late iconic Indian actors Sridevi and Irrfan Khan by the host of a live chat show ‘Jeeway Pakistan’.

Adnan had not only showed his discomfort during the show but has also apologized to the families of Sridevi and Irrfan, who he consider as stars close to him.

Host and leader of political party Pakistan Tehreek-e-Insaf (PTI) Aamir Liaquat Hussain mocked that Siddiqui, who appeared on the show, had “saved lives” of two well-known stars by not doing movies with them.

Adnan was not so cool with this ‘below the belt’ humour of the anchor and he ended up saying it was not a matter of joke and both the actors were really close to him.

Adnan then took to his Instagram page to apologize the family members of both Sridevi and Irrfan and also to the millions of fans of both the iconic actors.

Here’s what he said: 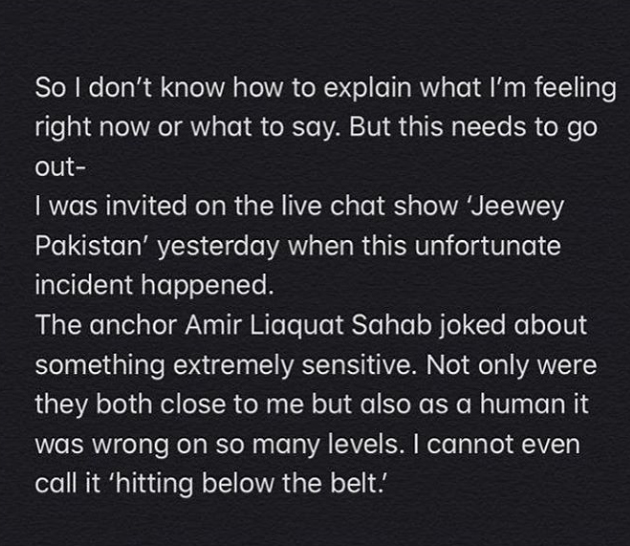 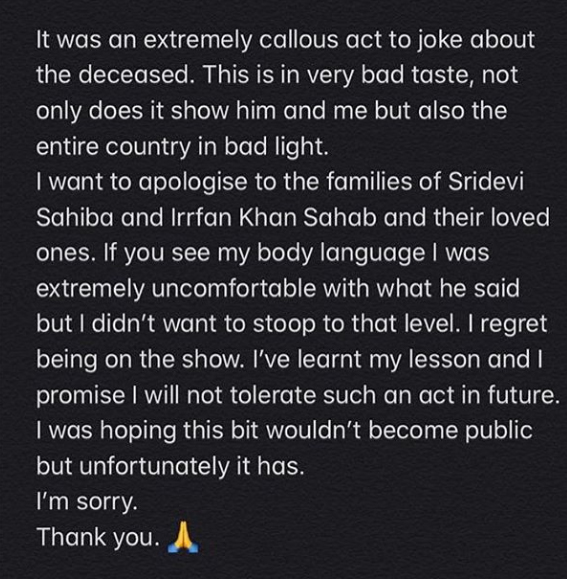 Sridevi died away in February 2018 in Dubai while Irrfan breathed his last on April 29 in Mumbai.