CBFC (Central Board of Film Certification) cleared the film ‘Baywatch’ with an ‘A’ certificate. Priyanka Chopra’s Hollywood debut has many bikini scenes, and apart from that it also has many cuss words and not-so pleasing language. The movie receives ‘A’ certificate with one visual and four verbal cuts. 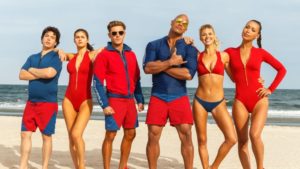 What Would Be The Box Office Earning Of Sachin: A Billion Dreams?