Sonakshi Sinha has chosen not to play by the rules anymore, at least the rules that she had hitherto imposed on herself. Right from her first film, Abhinav Kashyap’s ‘Dabangg’, she played a typical leading lady who appeals to the masses rather than the classes. She continued to play similar roles in films like ‘Tevar’, ‘R…Rajkumar’ and ‘Rowdy Rathore’. With Sunil Sippy’s upcoming film Noor, she takes a detour. She plays the titular character, an urbane girl next door who is a journalist. The first half of the trailer shows her clumsy nature and her frustration of not being able to devote much time to her love life, as a result of her hectic and unpredictable job of a journalist. 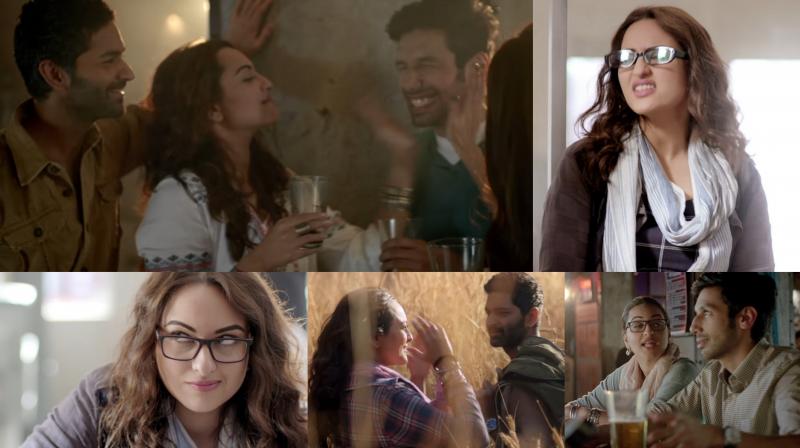 The second half of the trailer shows her making a conscious decision to change herself, a reflection of her real life trajectory. She struggles to sport the new exterior in front of new company but is seen enjoying herself as well. Then, an untoward incident in her professional life lands her in trouble. Having compromised with journalistic ethics, she strives to redeem herself, or a part of herself that she had lost while transforming herself.

The trailer projects the film as a balanced narrative. While it has its share of lightweight moments, it also borders on a journalistic drama in the latter half. With a helping hand from Purab Kohli, Kanan Gill and Shibani Dandekar, it seems like Sinha will have a good support system in the light scenes. But it will also give her ample opportunity to prove her mettle when she carries the film on her shoulders in the second half. This will mark her second consecutive female-oriented film after AR Murugadoss’ Akira last year. Noor is based on Pakistani author Saba Imtiaz’s novel ‘Karachi! You’re Killing Me!’, though the film is set in Mumbai. Sinha is seen comparing her life with her city in the final moments of the trailer, which shows that the setting of the film has been changed in accordance with the national sentiment.

It is slated to release on 21 April.

Disha Patani Gets Her Food Meal From Tiger Shroff's Home!