Facebook Twitter Tumblr Pinterest Messenger Messenger WhatsApp Telegram
Taapsee Pannu and Bhumi Pednekar are in the form to give a bang on reply to the Kangana Ranaut sister Rangoli. The gunshot pose during the promotions of Saand Ki Aankh, well, we’re referring to the never-ending battle between Ranaut sisters- Kangana-Rangoli and Taapsee Pannu.

Recently, Tapsee and Bhumi appeared on a chat show for their upcoming film, Saand Ki Aankh, the topic of Rangoli’s series of tweets on their roles, where the actresses play double the age, Taapsee gave a sarcastic reply, Watch Video.
While we were still completing the conversation host reminded of Rangoli’s A Ka acting Bhi Nahi Pata tweet, Taapsee said, “Haan nahi aata. Phir bhi picturein mil rahi hain, kya Karun? We should question the directors, why are they coming to me? I am sorry but I have signed some 4 films, so you will have to bear with me.”
When the Saand Ki Aankh trailer released, a controversy heated up, where a fan had tweeted, “I love @bhumipednekar and @taapsee but I kinda wish older actors were cast in these roles. Could you imagine @Neenagupta001 and @AzmiShabana or Jaya Bachchan? #SaandKiAankh” 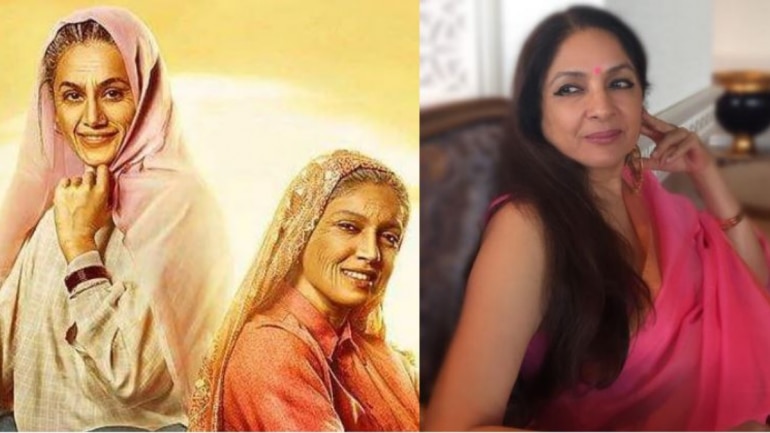