I think it is safe to say that almost every girl in the world balled their eyes out during the “Last Song” wishing for a love that will last… at least a summer. It was all sparks and chemistry on the set of the notorious movie and evidently the on-screen romance between Miley Cyrus and Liam Hemsworth grew to become very real. Their on and off relationship tantalized everyone and even though we know their are officially together seems there is a little more than meets the eye. So why are Miley and Liam still snagging headlines? Simple! Miley is PREGNANT!!

Everyone was devastated when the pair parted ways but deep down inside we all knew it wasn’t over. It comes to show that the pair just couldn’t keep their distance and rumors of ‘rekindled romance’ surfaced. Thankfully! So what do these two have brewing up behind the scenes? Apart from flashing her engagement ring it seems Miley has another secret rumbling in her belly…literally!

Yes you guessed correctly…Miley is said to be preggers! OMG! Liam has totally been defending his initial engagement recently and indirectly hinting to his fans that they are totally back on!

“People will figure it out, they already have,” Liam dished out to a magazine in Australia. “They’re not dumb.”

The pair are said to be ready to profess their “ I dos”, but it might be sooner than we expect since Miley has a secret she has kept from everyone but her closest friends and family!

“Miley began telling her closest friends about two months ago that she’s pregnant,” an insider at a leading Hollywood magazine. Reports also pointing out that Miley has been blowing her cash at baby stores! Even her mamma has been spotted baby shopping too! HMMM?! FISHY! The Magazine also dished out that perhaps Miley has been planning for this for a very long time now….So what now for the pair?

Liam has been very adamant to ensure that his babies are raised in Australia. He has been trying his best to convince his leading lady that raising little Hemsworths down under are totally the way to go.

“After they get hitched down there, Miley and Liam plan on buying a huge place next to Chris in Byron Bay and living a peaceful life away from the eyes of Hollywood. They have been spending a lot of time there and Miley loves it over there. She thinks it is the perfect place to have kids and raise a family, out of the limelight and in paradise,” said a source to an international entertainment portal.

While all these rumors are flying back and forth about Miley and Liam nothing is actually set in stone. I guess only time will tell whether the pair will be tying the knot sooner due to a baby bump! I think we kind of all wish for it! Right? Tell us what you think! 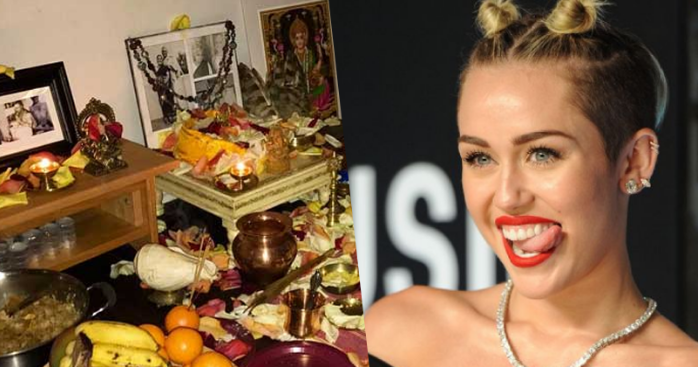