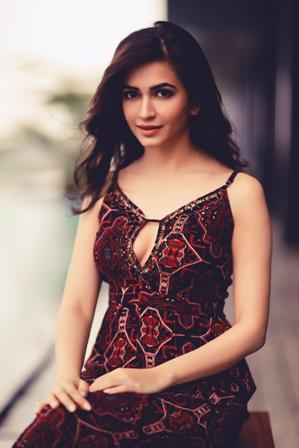 Kriti Kharbanda is a lovely damsel working in Telugu and Kannada film industry. She is also an accomplished model and a winner of many beauty and personality contests. Having tasted success in south Indian film industry, now she is all set to make her debut in Bollywood.

Education and initial modeling career: Kriti was born on 29 October 1988 in New Delhi. She spent her early childhood in Delhi before moving to Bengaluru where she began her schooling. Kriti studied in Baldwin Girls’ High School and later joined a jewelry designing course in which she has a diploma. Being very active in cultural activities and stage performances, Kriti was attracted toward the glamour industry soon after her diploma. Kriti began her career by modeling for advertisements. Her modeling for Bhima Jewelers got her recognition.

Success in Telugu and Kannada movies : Kriti was considered for a few movie projects of which she bagged the big budget Telugu film Boni in 2009 which made her quite well known. This was followed by another film Teen Maar. Both these films were not much commercially successful but they were instrumental in establishing Kriti as an actress. She was approached by many other south Indian projects but Kriti made her choices wisely. She entered Kannada films with Chiru. She was appreciated for her acting, dance and emoting. Kriti soon became a sought after actress in South signing films one after the other. Of all her films, Googly got much popularity. In the film she portrayed a medical student. Her role fetched her wide recognition and she was hailed as a skilled actress. Following this she was named Bengaluru’s Most Desirable Woman in 2013.

Debut in Bollywood : From thereon there was no looking back for her as she bagged many awards from the South Industry and became a part of many brand endorsements.

Kriti made her Hindi debut in 2016 with the Vikram Bhatt film Raaz Reboot. She is presently working on the film Athiti in London.