One movie ticket and you get to watch action, drama, love, charity, foreign locations, an item number, a gorgeous female lead and above all Salman Khan! I guess that is enough to draw the superstar’s fans to the cinema halls.

The movie is directed by Salman’s good friend Sajid Nadiadwala and their comfort level shows on screen. As a director/friend, Nadiadwala has done everything for the superstar, from a filmi entry to his famous walk which his fans love and his character in the film helps the needy, Kick has it all!

Film has rather interesting storyline (though scene by scene borrowed from original ‘Kick’ down south). Himanshu Tyagi (Randeep Hooda) is a cop and he is in Warsaw to solve a case where he also meets a potential bride Shaina (Jacquline). She talks about her past when she was in love with Devi Lal Singh(Salman Khan). Devi was not serious in his life and always did things in life for getting a kick. He was topper in college but left 32 jobs because he never got a kick.

Shaina’s father (Saurabh Shukla) found this guy Devi little strange and offered him to become ‘ghar – jamai’ and this agitated Devi. Devi finds a job but again left it as he did not get any kick. Devi disappears suddenly after that from Shaina’s life. On the other hand, Himanshu is also searching for a strange thief Devil who is the only blot on his rather impeccable career. Devil robs a temple, a pen of minister and a train. And strangely everyone is connected to Angel Trust which is owned by Shiv (Nawazuddin). What is the motive of Devil, why did Devi leave Shaina – all these questions will be answered when you watch the climax!

Performance wise this is best Salman Khan performance in last few years. He is usual self as Devi Lal but he surprises as Devil and displays his grey emotions with perfections. He dances with some real efforts which is rarity in last few years. Jacquline is as good or bad as Katrina in her early years in terms of acting. But she looks gorgeous and dances like anything in ‘Jumme Ki Raat’ song. Randeep Hooda is as good as always and looks bit predictable (read repetitive) at times.

Mithun Chakrobarthy is good in small role as father of Salman Khan and Archana Puran Singh has almost nothing to do in two scenes. Saurbah Shukla and Sanjay Mishra are decent in brief roles. Nargis Fakhri sizzles in itme song. But the real ‘man of the match’ (or hero) of the film is Nawazuddin. He gets clap in every frame and this is probably first time you will see someone getting so much attention in Salman Khan film. He proves that how good actor he is even in a small cliche role. He will be flooded with offers after this one.

Music is good but all songs break flow the film and look too forced. Music is simply outstanding byHimesh Reshammiya but Yo Yo Honey Singh is not as good as his earlier work. ‘Party All Night’ and ‘Saat Samundar’ (original one featured Divya Bharati, ex wife of director producer Sajid Nadiadwala) provide some funny moments on screen. Editing is very inconsistent and at times film confuses audience unintentionally or breaks the flow. Cinematography lifts the film but background score is unimaginative. 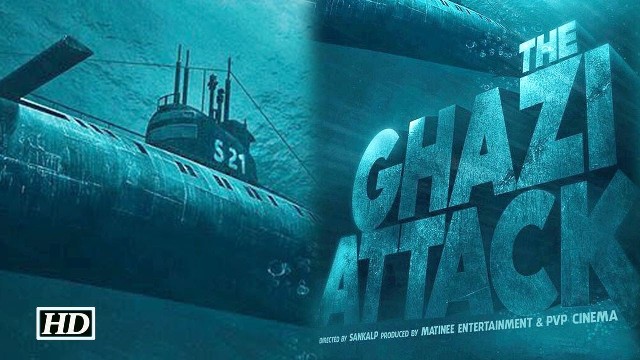 The Ghazi Attack Movie Review – A spectacular under water show