Kaun Banega Crorepati is going to complete the eleventh season this year and has become one of the most famous shows in the telly industry. Legendary Amitabh Bachchan hosts the show and it is making headlines since the first episode of the show premiered. This year there are two crorepatis already in this season for the very first time.

In tonight’s episode, Dr. Urmil Dhatarwal was seen playing the quiz reality show. As soon as Urmil won the fastest finger first contest, she ran in an excitement and said that she waited for a very long time to come to the show. 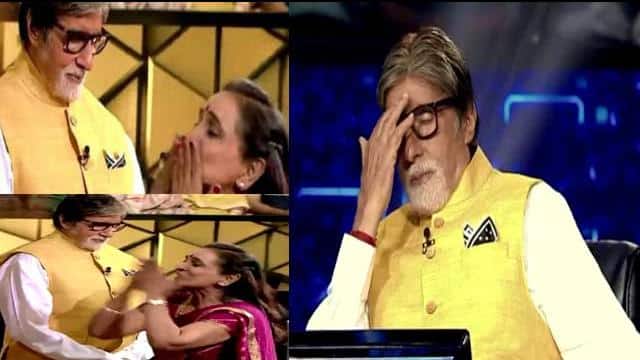 Urmil told Amitabh that she has a book of all the questions that she wanted to ask the superstar. But at the last moment, she forgot to carry it with her. Urmil said, what does Big B’s wife Jaya Bachchan does that makes the actor look so young.

Urmil asks one question, what does Big B’s wife Jaya Bachchan do that makes the actor look so young. The contestant was heard as saying, “Jaya ji aapka dhyaan itna badiya kaise rakhti hai ki aap inte young lagte hai?” To this, Big B gave the sweetest answer that he could.

The megastar said, ” Is prashn ka uttar ye hai, ki woh Jaya hai, aur mein young hoon.” (The answer to this question is, she is Jaya (victory) and I am young)

Meanwhile, tonight Urmil played very well on the show and managed to win prize money of Rs 25 lakh. She was asked a question of Rs 50 Lakh too, but Urmil decided to quit the show.