Katrina Kaif To Undergo A Surgery For A Major Tooth Ache

Katrina Kaif is one of the celebrated actresses in the Bollywood and currently has been in huge demand from producers…. 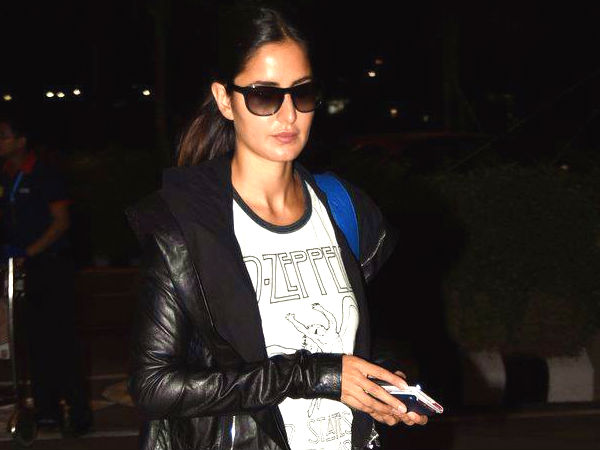 Katrina Kaif is one of the celebrated actresses in the Bollywood and currently has been in huge demand from producers. As Deepika Padukone and Priyanka Chopra is sailing at the Hollywood shores, Katrina is the only remaining beauty in the B-Town. At the latest, Katrina Kaif is in trouble due to her health issues. She has a major tooth ache, due to which she is facing a lot of problems.

A close source to Katrina Kaif said, “Her wisdom tooth has been acting up. She neglected it and attended two events — a party thrown in honor of photographer Mario Testino in Delhi and Anurag Basu’s Saraswati puja after her return. On Thursday, she went to Breach Candy hospital to have the surgery but was sent back as the tooth had become too infected. Now the doctors have told her she can only have it done next week once the infection settles. On Friday, she attended another event (of a financial institution), She is on antibiotics and is feeling sick because of them, but she didn’t want to cancel her appointments. She wants to complete her work commitments as she can rest later. Today, she may go to the hospital to have the surgery done.” On the professional front, Katrina Kaif will next be seen in Jagga Jasoos alongside with Ranbir Kapoor. Earlier, the two were lovers in real-life but now they are all seperated in a big way. Soon, the makers will start the promotions of Jagga Jasoos, where Ranbir Kapoor and Katrina Kaif have worked together. Now, it would be interesting to see how they both will promote the movie as they are no longer on talking terms. Directed by Anurag Basu, the film also stars Adah Sharma and Saurabh Shukla. The film is slated to hit the theaters on April 7, 2017. Apart from this, Katrina will also be starring in Salman Khan starrer film Tiger Zinda Hai. The film is a sequel of Ek Tha Tiger, which released in 2012.

Overall, Katrina Kaif must be happy in professional front but she is actually in trouble in personal front.
What are your thoughts about this particular story? do let us know in the comments section below.