Rana Daggubati will make his comeback on the big screen after 3 years with Haathi Mere Saathi. The teaser of the film starring Pulkit Samrat and Shriya Pilgaonkar is out. There are a lot of intense scenes in the teaser that will surprise you by Rana’s acting like an animal at the starting of the video. It is based on #SaveTheForest more.

Rana flew to Mumbai for the teaser launch and was quite excited about it. The film will be titled Aranya in Telugu and Kaadan in Tamil. Vishnu Vishal and Raghu Babu are also an important part of the film. 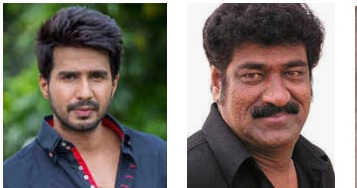 The film is all set to release on April 2 this year. Rana’s transformation for this film is massive for the movie that’s pretty evident from the teaser and all of the posters that were out before.

Rana had shared a few pictures of some pictures of him with elephants. The plot of the story seems quite intriguing and is honestly need of the hour. Like Bahubali even this film is going to release in three languages, we are quite eager to see how it works at the box office, too.

The film has majorly been shot in the dense forests of Kerala and the team wrapped up the shoot in December 2019. Pulkit’s performance, too, looks quite intense and worth looking forward to, judging by the teaser. The film has been directed by Prabhu Soloman and Zoya Hussain will also be playing a pivotal role in this movie. They shot this film for almost 200 days in 7 to 8 forests all over the world.

Rana is known for his performance in the Baahubali series and The Ghazi Attack. Shriya has been seen in quite a few web series and we are quite excited to see her in this one.