The talking, living wooden puppet with a lie-induced nose growth disorder you saw in Disney was a far milder version than the original story, which portrayed him being burned, hanged, mutilated, and eventually sentenced to death for his shenanigans.

The original Cinderella fairy tale is completely disgusting. When neither of her stepsisters can fit into Cindy’s slipper, one of them cuts off her toe and the other cuts off her heel to fool the prince. Later, Cinderella has her magic birds peck out her sisters’ eyes as punishment for their deceit. Oh, and she also slams the lid of a chest on her stepmother’s neck, breaking it and killing her. Damn, Cinderella, you bad.

In the third installment of the Aladdin series, his long lost father emerges, having left his trifling ways behind to be the father his son needs. In the original, Cassim actually meets a gruesome death in which thieves cut him up into quarters after murdering him. Nice.

The original Sleeping Beauty, she is resting in a Briar patch with thick thorns. The men that go to gaze upon the sleeping princess eventually get trapped in the thorns and die, meaning she sleeps amongst hundreds of dead bodies like a creep.

Ariel had it rough dealing with cartoon version of Ursula, but she had no idea how bad the OG Ariel had it. In the first version, she undergoes such fun activities as her tongue being cut out and having feet that will not stop bleeding. Yay!

The original Snow White not only had to endure the thankless jobs she did in the Disney version, she actually underwent physical and emotional torture. Torture is never good for a Disney movie, we understand why they left that out.

Hercules was known as the strapping, muscle-bound guy that we saw in the Disney movies and cartoons. Fortunately for the kids, they left out the parts where he lays on a fire pit and undergoes various forms of self-immolation.

This is based on a story called Snow Queen where a little boy has been kidnapped by the Queen and kissed twice. In today’s world this would have gotten her into jail! The kisses make him forget about his family and he is finally rescued by a friend

#9 Fox and the Hound

Copper and Chief are main characters in the Fox and the Hound, but in the original Copper feels threatened by Chief’s presence in the puppy gang and feels the need to take his life. Who said dogs are all nice?

#10 The Hunchback of Notre Dame

The Hunchback was already one of Disney’s darker movies, but reading the original makes one realize just how much darker it could have been. Quasimoto and Esmerelda both get tortured and eventually are killed.

This is the movie that likely got the most criticism for its blatant disregard of fact and history. Still, the real life rape and murder of Pocahontas would not exactly have been appropriate for Disney’s target audience. 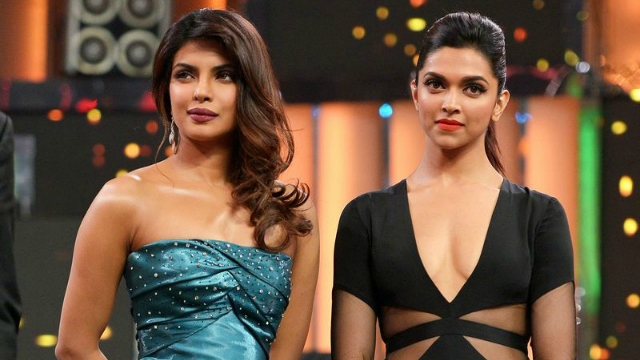 This Is How Deepika Padukone Reacted After American Media Adressed Her As Priyanka Chopra!

Kendall Jenner in her unseen ever dress out on a Yacht