Actor Deepika Padukone tried a social experiment with the team of Chhapaak to see the reaction of the people on acid attack survivor. In a new video shared by Deepika  Padukone, she is seen walking the streets of Mumbai, flea markets and grocery stores while hidden cameras follow her. “Whenever Deepika steps out, people recognize her. Sometimes I want to hide,” Deepika says at the beginning of the video. When she steps out, she is dressed as her character from the film, Malti and joined by other acid attack survivors who also feature in the video.

First, she steps into a mobile store where she is greeted by the shopkeeper. She also asks a woman to click a selfie with them and she happily obliges. The Shopkeepers treated well and not rude. Then they went to a grocery store where some people straight away refuse to help the girls and give them disgusted looks.

Later the old ladies reacted with kindness and smiles to them. At a jewelry store, the girls meet a woman who laughs and talks with them but at the flea market, a woman hides her child from the girls and another screams rudely when they ask for help.

Deepika says at the end of the video, “What I have learned through the day is that some things are right in front of your eyes but you don’t realize it. It’s important to change your perspective,” she says. 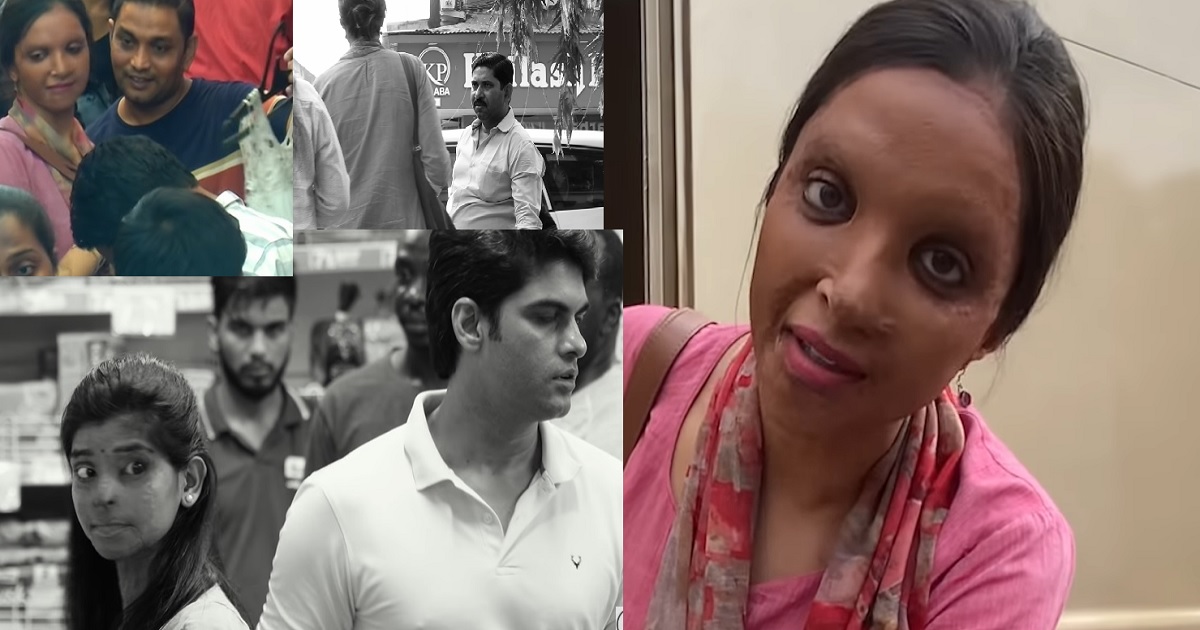