Have you not heard of the worldly rule taht if a bird builds it’s nest in your belongings, you do not disturb it? Well, the crown Prince of Dubai Sheikh Hamdan bin Mohammed bin Rashid Al Maktoum is being applauded across the globe for a kind gesture of his. 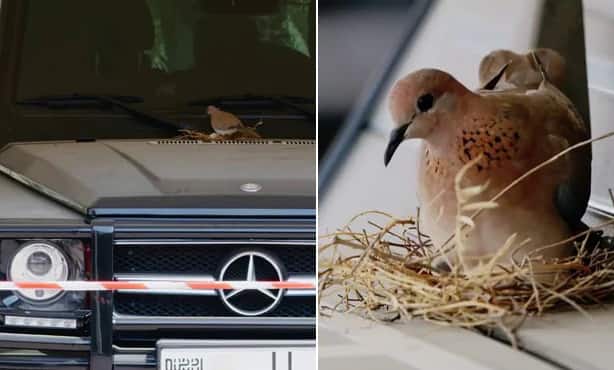 The Crown Prince ordered to not use one of his cars when he saw that few birds had built a nest on it. The best had eggs within and clearly proved that the birds were soo going to become parents.

In order to make sure that the birds and their nest do not get disturbed, the crown prince totally stopped using his car. He was so concerned about their safety that he even had a red tape put around the car so that no one could go closer. He took to the social media Instagram to post a time lapse video that showed the entire process right from the birds building the nest to the hatching of the eggs. It ended in the mother feeding her babies.

He captioned the post saying, ‘Sometimes the little things in life are more than enough (sic),’. The video has gone viral through the internet.

The video post by the crown prince is a beautiful amalgamation of life and the entire love between couples when they excitedly welcome their new arrivals with sheer enthusiasm and happiness.

The post was flooded with praises for the crown prince for his generosity and the beauty of the video that he’d captured.