Karan Johar, always come up with something exciting, this time, he has brought the date of Baahubali-The conclusion. Bahubali the beginning was released in 2015. So here Karan Johar has revealed the date of Baahubali – The conclusion, people were eagerly waiting for this news and Karan johar has come up with this surprise. The sequel is directed by S S Rajamouli by itself.

Baahubhali the beginning has cross 200 crore’s and it was one of the highest-grossing films of the year at the box office. This movie had a tremendous impact on audiences. Here the waits over for the question why did Kattappa killed Baahubali. This is a national award winning film. Dharma production and AA films are associated again with SS Rajamouli. It was a huge clash between Bajrangi Bhaijaan starrer Salman and Baahubali, when two movie clashes its one who get hit and one fails but both this movie ruled the theatre all over India. Baahubali was released one week before eid. But this time, the team has chosen an ordinary date , it seems like Baahubali does not need eid, Diwali, Christmas to hit the top list once again. Director SS Rajamouli has taken a year to complete the sequel so we can assume that its worth to wait. Film just not broke the record on box office bUt also made a world record for the largest poster which was 50,000 square feet.

Karan johar reveals the date of the Baahubali the conclusion on twitter, SS Rajamouli has revealed that second part will b more emotional more twist more heart robbing scenes movie is going to release on 28 April 2017. Clock ticking backward has start be ready to know the answer  to the question which is roaming in the mind of every India ….y did Kattappa killed Baahubaali. 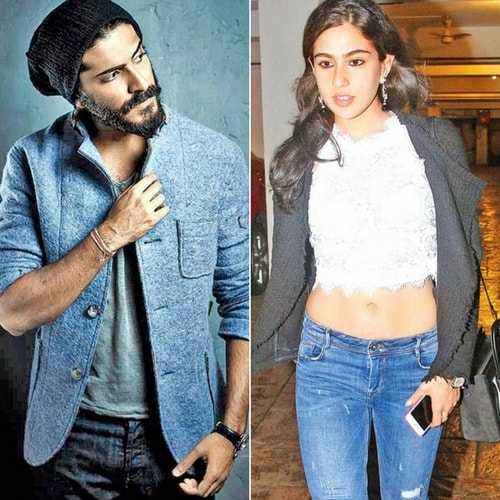 Harshvardhan Kapoor And Sara Ali Khan Spotted Together Once Again