Shahid Kapoor and Kareena Kapoor were one among the most loved couple in the industry. Their breakup, broke many hearts but duo remained friends. Once while talking about Shahid’s marriage, Kareena had said:

“Both of us were performing at a Femina event. We chatted. So, he actually told me about him getting married before he told the media. I’m very happy for him. He’s doing very well professionally… I haven’t seen Haider yet, but my sister saw it and loved it. And I can vouch for marriage is cool. I’d just like to wish him well.”

Ranveer and Anushka started dating while filming for ‘Band Baja Barat’ but didn’t lasted long. After break up, Ranveer had said:

“I have great affection for her brother and her parents and she will always be a special person for me. It was great to reunite with her. I am really really happy with all the success she has been seeing lately and I am her genuine well-wisher.”

Salmana and Katrina never admitted that they were in a dating terms but indirectly Salman professed his liking towards Katrina on many platforms. Talking about Salman, once Katrina said:

“Personally do I think Salman’s advice has been important (for me)? Yes, I think it’s been invaluable. Having Salman and his circle to give me advice was definitely very useful and very important.”

Love spared between Gauhar and Kushal when two were locked inside the Bigg Boss house. but soon after stepping out of the house things turned ugly and duo decided to part their ways. Earlier they were not in good terms post breakup but now it is been reported that they are friends now.

Ranbir Deepika’s breakup broke many hearts. Their fans use to worship them for setting couple goals. Even after breakup they speak god things about each other. Once Ranbir said:

“Deepika and I will remain friends for a very long time. I will be her children’s godfather; I will play with them and all of that. We have that kind of relationship.”

Shahid and Priyanak started dating hile filming for ‘Kainey’. After break up, they remain cordial and are on talking terms.

Earlier Shilpa Shetty revealed dirty secrets of Akshay Kumar telling how he cheated on her. After years of the whole fiasco now Shilpa and Akshay decided to let bygones be bygones. Clearing the air once Shilpa said that-

“I share a cordial friendship with Akshay Kumar now, and I’d like it to remain that way. There’s no animosity between us.”

Bipasha and Dino Morea were seeing each other during the ‘Raaz’ days but things didn’t lasted long and soon they parted their ways. After breakup they remained friends. Saying good things about Bipasha, Dino said that.-

After 17 years of marriage, in 2014 Hrithik and Sussanne decided to get divorced. Sussanne came as big support of Hrithik during his ugly spat with Kangana. They often go on a vacation together with their kids. They share a cordial relationship.

Even though Malaika and Arbaaz are divorced now, they are often spotted together at public places. Once Malaika said:

“Arbaaz is a part of my family, the father of my child. Certain equations don’t change overnight. The things that happened should remain between us. It’s personal. We don’t have to prove anything to anybody. Meeting (Arbaaz Khan) makes my son happy, and that makes me happy.”

Farhan and Adhuna released a joint statement of their separation:

“This is to announce that we, Adhuna and Farhan, have mutually and amicably decided to separate. Our children remain our priority and it is immensely important to us, as responsible parents, that they are protected from unwarranted speculation and public glare. We sincerely request that we are given the privacy that is required at this time to move forward in a dignified manner.”

“Yes, we’re in touch. We are still good friends. I’m very happy for her. A lot of people did not give the credit that was due to her. They said she was getting everything because of Anurag. But you can’t live your life by what people say. People have no other business except passing comments on others.”

Stay tuned with us for more Bollywood news and articles.

Jolly LLB 2 Trailer Is Out Now 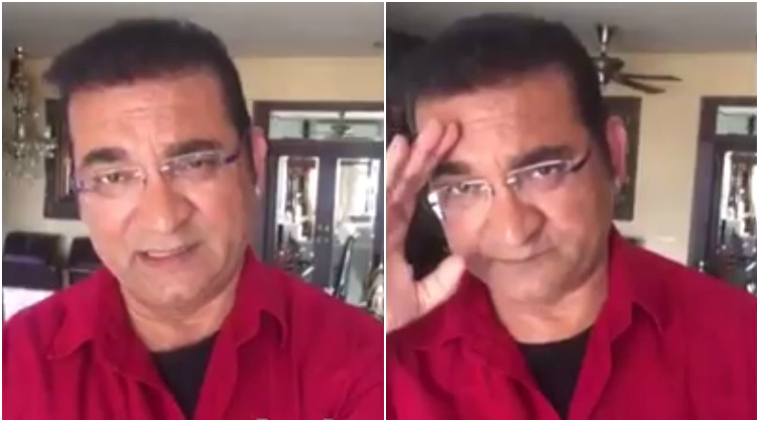