Former India cricketer Vinod Kambli and his wife Andrea Hewitt have landed into a controversy. Andrea hit a man and accused him of inappropriately touching her in a mall. As per reports Kambli also got into a verbal argument. The man whom Andrea punched is RK Tiwari, the father of Bollywood singer Ankit Tiwari. Ankit’s brother Ankur was also present during the incident. 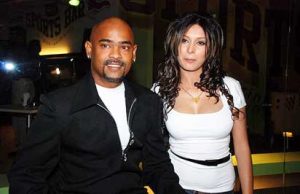 Kambli said, “We were at the Game Zone in the mall around 3 pm when my wife caught hold of an old man’s hand. He had deliberately brushed his hand against her and when she caught him in the act, he pushed her away. Minutes later when we were at the food court, two men, who we assume were the man’s sons, tried to attack my wife. When I told them to back off, they told me, ‘You don’t know who we are’. 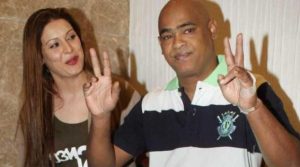 Andrea added, “I was playing with my children when this guy took the opportunity to rub his hand against me. Maybe he thought nothing would happen because it was crowded. When I caught his hand, I was surprised to see this old man. He appeared embarrassed because I had caught him red-handed.

“He appeared scared, and said something in Hindi, on the lines that ‘I cannot do something like this’. The inappropriate touching ka zamaana is over. Such things should be dealt with strictly.”

Kambli and his wife have been charged under Section 504 (Intentional insult with intent to provoke breach of the peace) and Section 323 (Punishment for voluntarily causing hurt) of the Indian Penal Code. Senior inspector Vinay Bane from Bangur Nagar Police Station said, “We are probing the matter, after which necessary action will be initiated. As of now, a non-cognisable offence has been registered.” 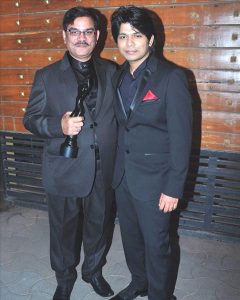 Ankur Tiwari also commented on the matter. He said, “My father, a retired bank employee, had accompanied my daughter to the Game Zone. My father told me he spotted Vinod Kambli there, and as he was walking past a woman, he blacked out.”

“My father was disoriented after the attack. He couldn’t believe he had been punched, and that a woman was screaming, accusing him of brushing his hand against her. I asked my father to identify the woman, and we realised she was Kambli’s wife. I told them I wanted to speak with them, but they pushed me and hurled abuses. Kambli’s wife removed her sandal and threatened to hit me with it,” added Ankur.