Ananya Panday, step into the acting world in 2019 with her debut film, Student of the Year 2. And the diva ended her year with her second film release, Pati Patni Aur Woh. Ananya made her way to success and won millions of hearts in one year. She bagged two films, Khaali Peeli opposite Ishaan Khatter and Shakun Batra’s as-yet-untitled romantic drama, starring Deepika Padukone and Siddhant Chaturvedi, in her kitty. 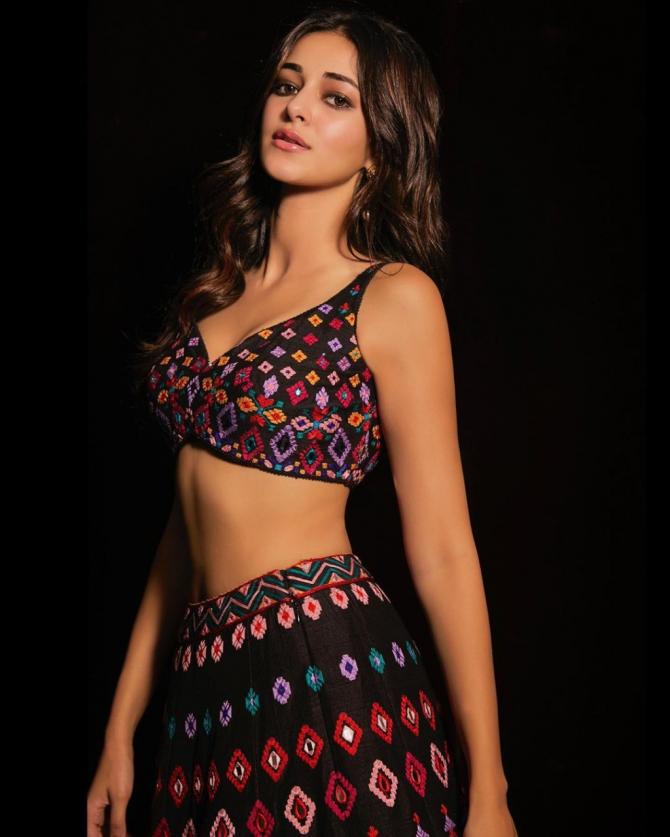 On February 3, 2020,  Armaan Jain and Anissa Malhotra’s wedding reception was held in Mumbai. Ananya Panday in an ivory mirror-work lehenga by designer, Abhinav Mishra made an appearance with her star parents, Chunky Panday and Bhavana Pandey.

We all know Simmba’s famous song of Sara Ali Khan and Ranveer Singh ‘Aankh Maarey’ was a big hit of 2019. We see Ananya dancing on it doing signature steps perfectly as Sara did in the film. See video,

In an interview, Ananya Panday had revealed “I’m going to be that bride who dances to her own songs. Hopefully, I’ll have done so many movies by then that I can perform for an hour.”

About her dream wedding, Ananya had said, “I’m actually going to have two weddings. One will be in Udaipur and it’s going to be like Kalki’s in Yeh Jawaani Hai Deewani. A really big party with all my friends, family, and other industry people. A week later, we’ll go to a beach somewhere like the Bahamas or Maldives for a smaller ceremony.”