Bollywood megastar Amitabh Bachchan has always been socially active and loves to spread positivity and goodness through social media. Recently, Big B posted a heart touching letter on Twitter, which was heavily targeted by Twitterati.

Instead of learning the positivity of the letter which he wrote for his granddaughters, Twitter cynics goes on to target him by digging the grave. One of the twitter girls even dig deep down and questioned Amitabh Bachchan, Why Manglik Aishwarya married a tree before marrying Abhishek Bachchan.

Well, Read all these tweets against Big B:

In Amitabh Bachchan's honest letter to granddaughters, it's the paternal family that matters.

Opening line of the letter Mr Bachchan wrote to his granddaughters is itself problematic.They carry the legacy of both pardadaji & pardadiji

Nice patriarchy-tinged letter, Mr Bachchan. For starters, your granddaughters carry the legacy of their grandmothers too.

I see Bachchan's promotion for Pink (about three women, releasing next week) is complete. Have fun Y'all. I'll just go straight to the film.

Well, in the letter Big B, just want to say his granddaughters that never fear about taking decisions and choices. Never feel the pressure of the legacy and do what you feel to do.

Some people even call this letter as a publicity stunt for Amitabh Bachchan’s upcoming film ‘Pink’. We, I personally feel, if Big B has done this for the publicity then this is the best publicity in a positive way.

The letter also hinted at how his granddaughters should never fear about making their own choices, even when they have the pressure of legacy on their heads. People have even pointed out a patriarchal angle which surely is not true. Here are some tweets that prove yet again how Big B has been misunderstood.

And even if it was for promoting his upcoming film ‘Pink‘, this letter was one of the best promotional activities we’ve seen. Respect for you, Big B! 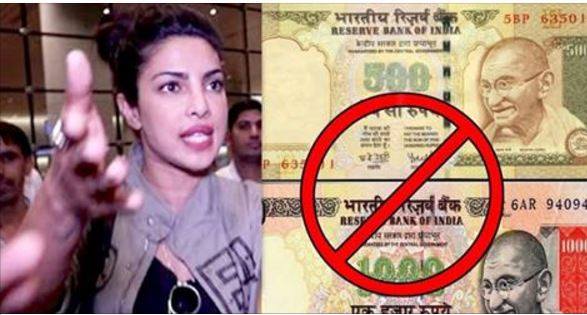 This is how Priyanka Chopra reacted to the demonetization move by Narendra Modi!