Shah Rukh Khan is one of the most popular Bollywood superstars. His fan following is not limited to India, he enjoys a tremendous fan following abroad. King of romance has given us so many blockbuster films like Dilwale Dulhania Le Jayenge, Dil To Pagal Hai, Kuch Kuch Hota Hai and many more. Whenever we think of romantic films, King Khan’s image automatically pops up in our head, isn’t it?

Currently, a video is going viral on the internet and social media, which is going to take you by surprise. In the video, three Indonesian fans are recreating SRK’s chartbuster title song of Kuch Kuch Hota Hai and they did a fantastic job. They have captured all the essence of original and recreated it as it is in the movie. From the dress to locations, they were able to copy it frame by frame. Once you watch the video, you will also applaud for them. 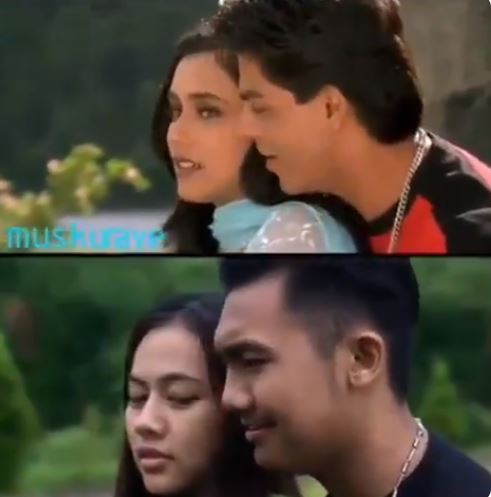 “Bro who did this? 😂😂😂😂 why am I cringing so hard? Why they be thinking life is a Bollywood movie?”

Even Netizens are in awe of this now viral spoof. They simply can’t get enough of it. Look at some of the reactions down below.

They did a good job! pic.twitter.com/w6u7RTh13r

I have to congratulate the camera man and the editors – 👍

Performing a song at your cousin's wedding be like

There is no cringe. This is awesome!

Varun Dhawan Calls His Relationship With Alia Bhatt Magical, This Is What He Said