Taimur Ali Khan Ends Talking To Granny Babita, When He Saw Something!

Kareena Kapoor and Saif Ali Khan kid Taimur Ali Khan is an internet sensation, every move and expression of this… 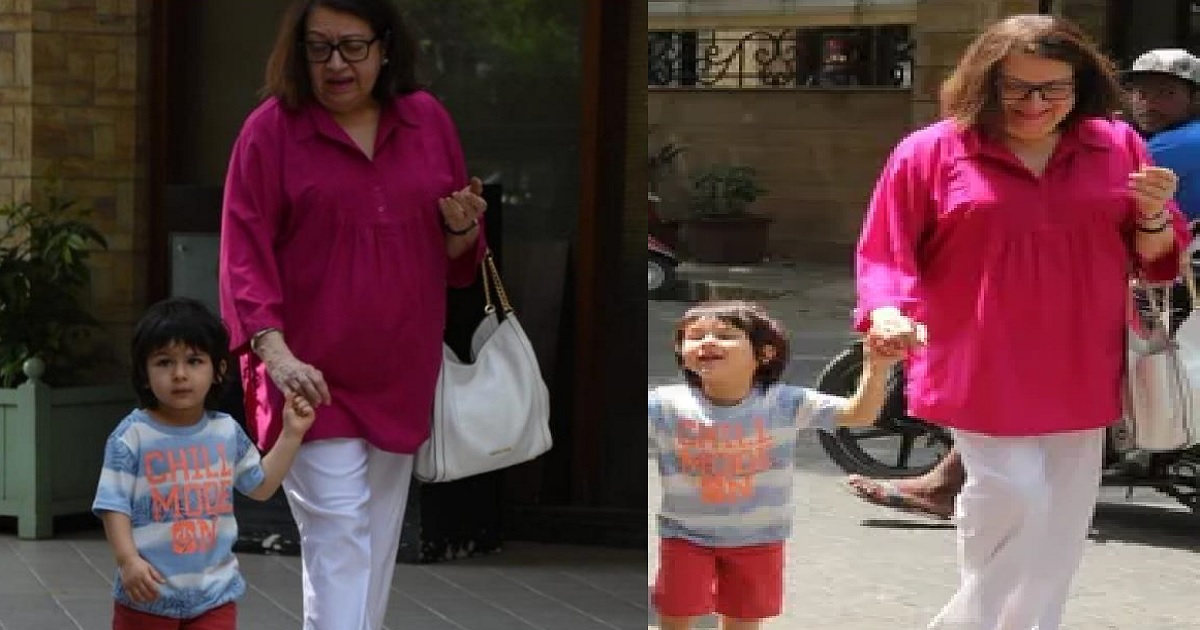 Kareena Kapoor and Saif Ali Khan kid Taimur Ali Khan is an internet sensation, every move and expression of this little munchkin hits social media with a bang. He is the favorite of Paparazzi ever since his first picture was leaked online. The little cutie has numerous fan pages dedicated to him on social media. even a doll was made of Taimur, From walking down the street to simply waving to the paps and saying a ‘hello,’ little Tim Tim is an internet favourite.

He is a friend of Paps ever since he started walking, the daily dose of him is a must.  Taimur was spotted in Bandra along with Kareena and her mother Babita. Kareena came forward first while Babita and little Taimur looked deep in a conversation. While crossing the street, Taimur spotted two dogs and he ends talking to granny and started shouting after that was ‘doggy.’ And we couldn’t stop capturing him.

While Taimur’s cuteness is too adorable to miss, Kareena looked simply gorgeous in a print one-piece. She opted for an ivory shirt dress with floral prints that she teamed them with slip-on and shades. Pulling her hair back into a bun and minimal make-up, she looks wow in her off-duty attire. Taimur’s striped tee clearly depicted his mood. It reads as, “Chill Mode On”

On the work front, Bebo will next be seen in Homi Adajania’s Angrezi Medium that stars Irrfan Khan in the lead along with Radhika Madan and Deepak Dobriyal. She is also going to stat in  Laal Singh Chaddha with Aamir Khan. Her first look was released online, even  Vijay Sethupathi making his debut in Bollywood and is the official remake of Forrest Gump. Kareena will also begin shooting for Karan Johar’s Periodic Drama film Takht, which will also star Anil Kapoor, Ranveer Singh, Alia Bhatt, Vicky Kaushal, Janhvi Kapoor and Bhumi Pednekar in pivotal roles.