Trolling a celebrity has become very common nowadays. Every now and then, we see some of the celebrity getting trolled for some reasons. Taapsee Pannu was the latest victim of online trolls. People started trolling the actress for wearing a bikini. The actress gave an epic reply, which would be remembered by her haters for a long time.

Taapsee has given a fantastic performance in her recent films. The actress received lots of praise for her work in the critically acclaimed film Pink. She then went on to amaze the audience with another intense action thriller Naam Shabana. After doing some serious roles, the actress is now mesmerizing the audience with her hot and glamorous look in Judwaa 2.

Taapsee Pannu is currently all set for her next release Judwaa 2 with Varun Dhawan and Jacqueline Fernandez. The actress is seen in a very glamorous role in the movie. She has donned a bikini for the film. The actress shared a picture of herself in a hot blue floral bikini recently. The actress did receive lots of praise from her fans, but she also received flakes from some.

One of such social media users commented in Hindi on her picture. Troll says that the actress doesn’t need to wear them also and asked her to take them off. He even suggested that her brother must be very proud to see her dress like this. 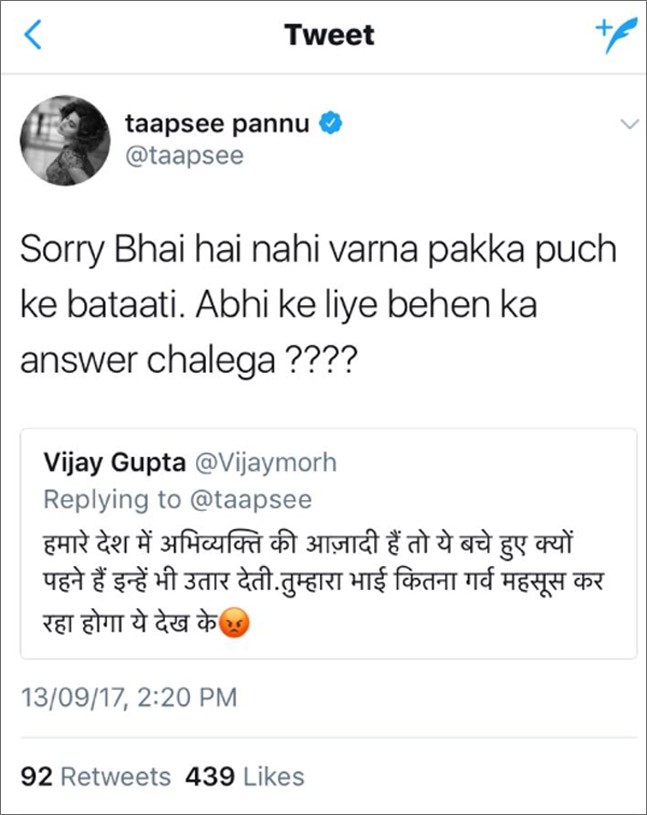 Taapsee Pannu did not seem in the mood of letting that troll go easily. She shuts him down with an epic response. Her tweet says sarcastically that if she had a brother she would have asked him, but for now, she would ask her sister.

It is real shame that trolling has become a norm in the society. People tend to criticize or even put offensive comments on social media platform. Usually, celebs don’t tend to reply to haters, but every now and then, they do reply if it crosses the line. Taapsee Pannu’s reply is winning millions of heart now.

On the work front, Taapsee Pannu is gearing for Judwaa 2 release. The movie is directed by popular director David Dhawan and features Varun Dhawan,  Jacqueline Fernandez and Taapsee in the lead roles. It is scheduled to release on 29th September 2017. Varun will be playing a double role for the first time in his career. The movie has already created lots of buzz among the movie goers as well as the Bollywood industry. 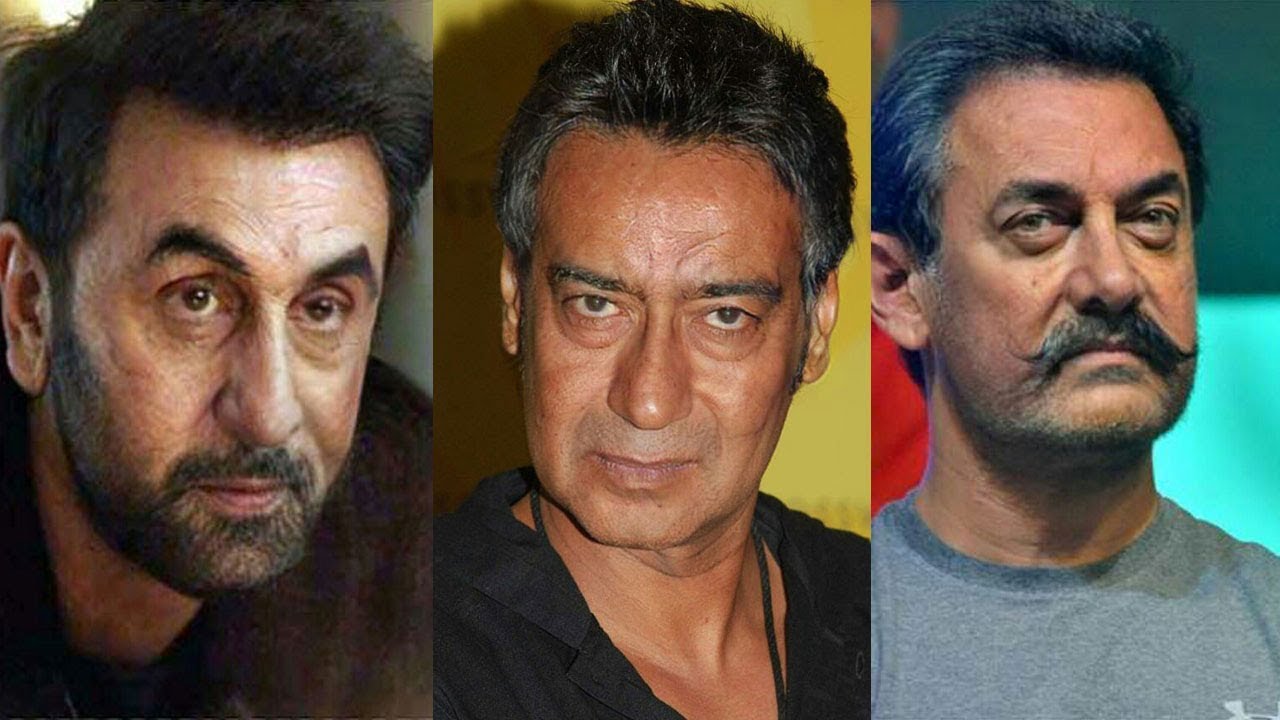 What ‘ s the Real Age of Your Favourite Bollywood Star? 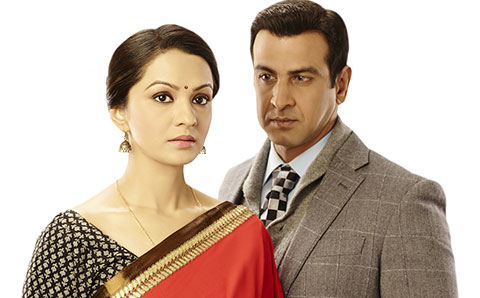 Malika Arora Trolled For Wearing This Dress at Ambani Party